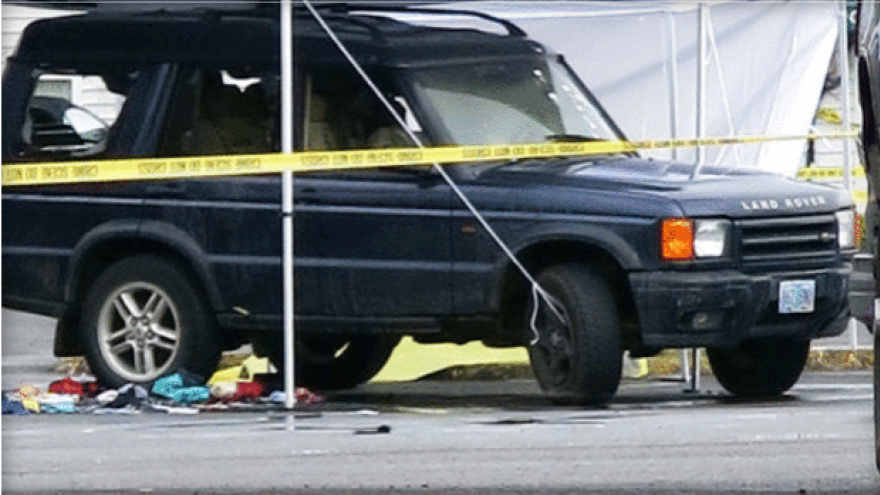 PORTLAND, Ore. - (CBS NEWS) An Oregon father fatally shot both of his young daughters multiple times before killing himself with a handgun after setting his SUV on fire and trading shots with a responding police officer, authorities said Thursday.

The causes of death were released by the Gresham Police Department, a day after the girls’ mother frantically called 911 to report that Jaime Cortinas, the father of her daughters, ages 8 and 11, had them in his car and was threatening to kill them and himself.

Authorities put out an alert to law enforcement in the Portland metropolitan area early Wednesday and a little more than an hour later, an officer in Gresham spotted the father’s black Range Rover SUV in the parking lot of a gas station.

As Officer Matt Anderson approached, Cortinas, 42, shot at him with a .32-caliber handgun and then started a fire in the car, authorities said.

Autopsies by the state medical examiner found that Cortinas died of a self-inflicted gunshot wound. Autopsies on the girls concluded they were shot multiple times.

Responding officers raced to pull Janet Cortinas-Duran and her older sister, Jasmine Duran-Cortinas, from the burning car only to find they were already dead, Rasmussen said.

None of Anderson’s rounds hit the children, he said.

The shooting occurred on the boundary line between Portland and Gresham, an eastern suburb.

Anderson is a 13-year veteran of the department.

CBS affiliate KOIN reports that outside the apartment complex where the family lived, people have set up a growing memorial with candles and toys to honor the little girls.

Neighbor Robert Forthan said he would see Cortinas and wave and he admired the family’s small flower garden.

“There wasn’t anything abnormal and they seemed happy,” Forthan said.