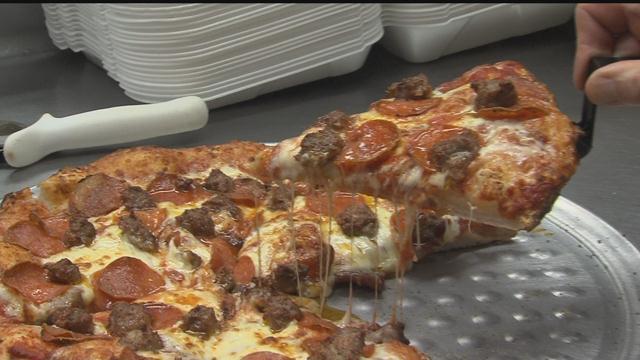 BELOIT, Wis. (CHANNEL 3000) - A dog was safely rescued off the ice on the Rock River Sunday in Beloit by an officer who put her heart-shaped pizza to good use.

According to a Facebook post from the Beloit Police Department, Officer Kayla Glass was driving down Riverside Drive Sunday when she saw a woman waving her arms trying to get her attention.

The woman told the officer that her young Labradoodle Jordy had run away from her and out onto the ice, according to police.

The officer realized the best way to lure the dog off the ice was a piece of the heart-shaped pizza she had in her squad car that she bought for Valentine’s Day.

Police said Jordy was successfully lured off the ice, and the dog and her owner were reunited successfully.