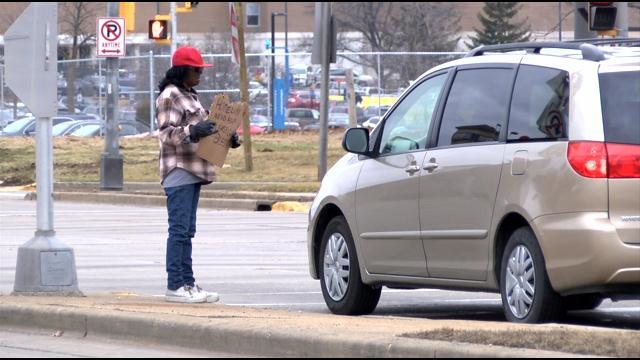 (CHANNEL 3000) If you think there are more panhandlers than normal out and about in Madison, it might be due in part to a months-old change in city policy.

On any given day, you can find folks asking for money outside East and West Towne Malls, near other busy shopping centers and along popular intersections.

Police say they have noticed a “distinct change” in panhandling behavior in the last six months since a city ordinance prohibiting the act was suspended.

“I made the recommendation to the police department that they discontinue issuing citations until we got better legal direction from the courts,” May said.

That recommendation came down in January.

Since then, May said the city has considered other ordinances, such as prohibiting standing in a street median. Until another ordinance is passed or courts provide further clarity, May said Madison’s panhandling likely will not change.

Homeless shelters in Madison sounded off on panhandling as well, issuing a warning against giving them money, Porchlight Executive Director Steve Schooler said in part because many panhandlers are not actually homeless. He added that money can often go toward drugs or alcohol.