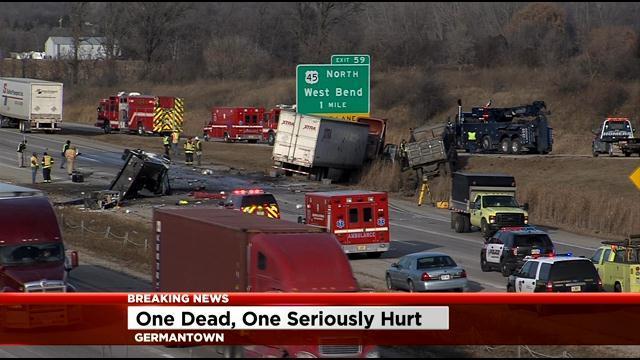 Germantown police have released the name of the 57-year-old man killed in a multiple car accident on US-41/45. Police say a semi truck, two pick up trucks, and a dump truck were involved in a deadly collision around 11:45 a.m. on December 1.

Police say construction in that area played a role. Germantown Police Chief Peter Hoell says, \"When the traffic came to a stop, we believe the utility vehicle took evasive maneuvers, crossed the center line of US-41 into northbound traffic striking a semi tractor trailer that was fully loaded.\"

The other two motorists involved in this accident were not injured.