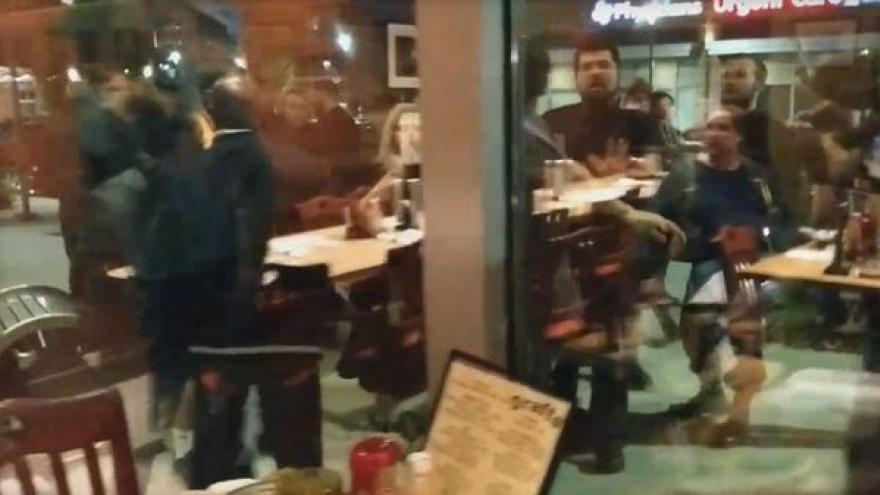 BRENTWOOD, Tenn. -- Police are searching for a man who allegedly hit a white woman who was sitting with a black man in a pub after "White Lives Matter" rallies were held in Tennessee.

Nashville police said in a statement Sunday that a group of white men and women entered the bar in Brentwood and sat behind the couple. A group member invited the woman to sit with them, and another member indicated the group was involved in the "White Lives Matter" movement.

An argument broke out, and the woman went outside to de-escalate the situation, police said. The woman was followed outside where she said the man struck her in the face with his fist, causing a cut above her eye, CBS Nashville affiliate WTVF-TV reports.

The suspects fled the scene in multiple vehicles, including a white van with a Wisconsin license plate and a sedan with a New York license plate, WTVF-TV reports.

White nationalist groups rallied Saturday in Shelbyville. Police said one man was arrested for disorderly conduct. A second rally in Murfreesboro, about 33 miles southeast of Brentwood, was canceled.

The rallies were held weeks after violent clashes in Charlottesville, Virginia, at a white nationalist rally in August. One counter-protester was killed when a man drove his car into a group marching through the streets.