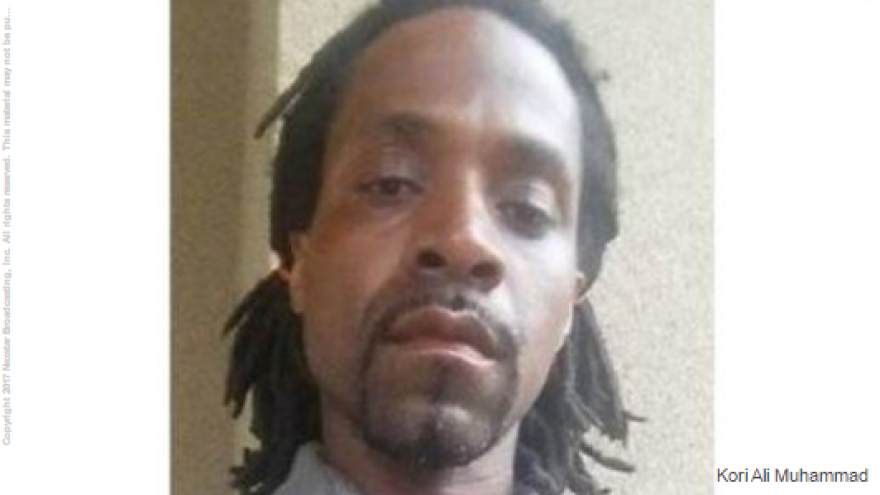 FRESNO, Calif. (AP) — A man shot and killed three people on the streets of downtown Fresno on Tuesday, shouting \"God is great\" in Arabic during at least one of the slayings and later telling police that he hates white people, authorities said.

Kori Ali Muhammad, 39, was arrested shortly after the rampage, whose victims were all white, police said. He also was wanted in connection with another killing days earlier, in which a security guard was gunned down at a Fresno motel after responding to a disturbance.

Fresno Police Chief Jerry Dyer said the victims were shot minutes apart in close proximity in areas around downtown. He said Muhammad made other statements to police but he did not disclose them.

The shooting happened outside a Catholic Charities building, but spokeswoman Teresa Dominguez said the charity doesn't believe the suspect was tied to the nonprofit organization.

Sayed Ali Ghazvini, imam of the Islamic Cultural Center of Fresno, said Muhammad was not a member of his congregation and he did not recognize him. The imam said he is consulting with other faith leaders.

\"We're kind of shocked and surprised for what happened,\" Ghazvini said. \"We are very sorry for this to happen. We offer condolences for the victims, we pray for the victims and their families.\"

Following the shooting, Fresno city spokesman Mark Standriff said county offices were placed on lockdown, and people were urged to shelter in place.