Police looking for suspects in theft at Menomonee Falls Woodman's 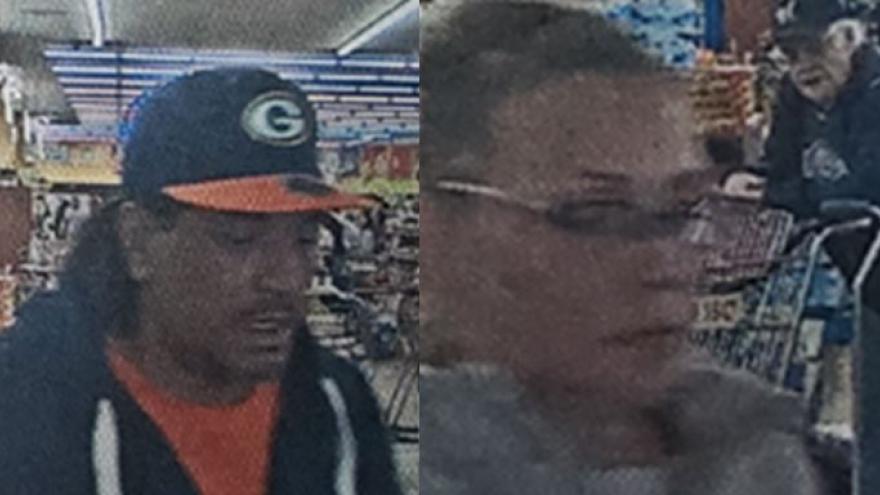 MENOMONEE FALLS, Wis. (CBS 58) -- Police in Menomonee Falls are looking for two people they say stole about $250 worth of groceries from Woodman's Sunday afternoon.

According to investigators, a man and a woman scanned $251.17 of grocery items at a self-checkout around 4:40 p.m. on October 14. Investigators say the man then pushed the cart with the groceries out of the store while the woman stayed at the self-checkout kiosk.

Police say video surveillance showed the man loading the items into a dark blue Honda Odyssey minivan before moving the van closer to the door. The woman then left the kiosk without paying and was followed by employees, shouting at her to stop. 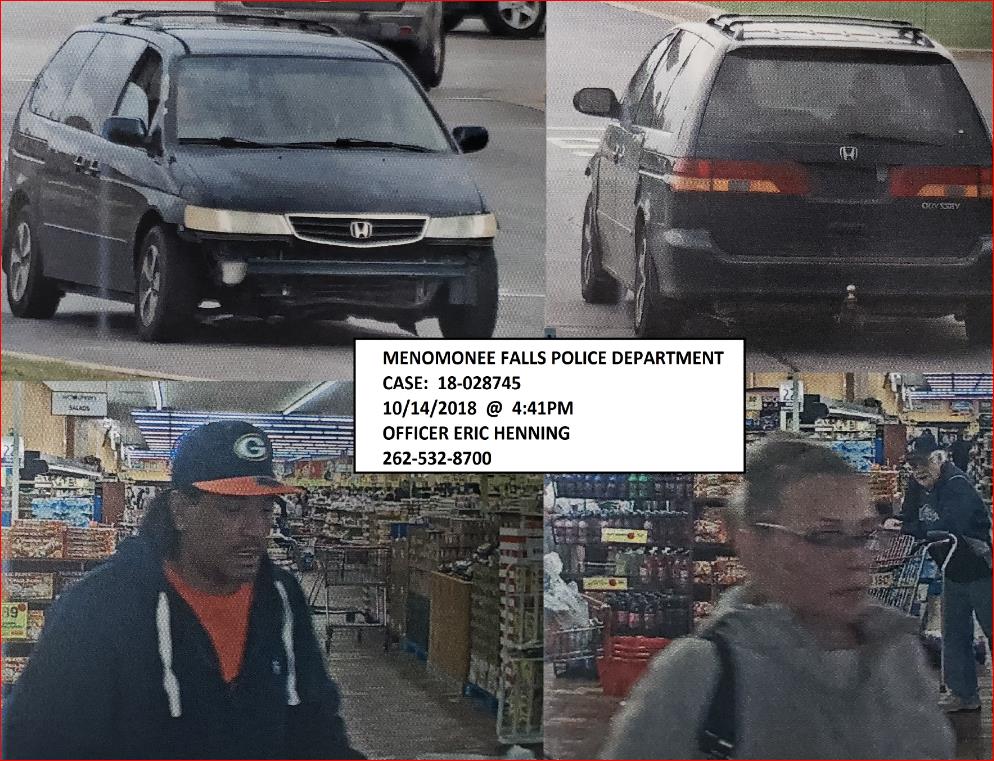 Once outside the door, the woman got into the minivan and got away.

Authorities say the van did not have any visible license plates attached but had a missing front bumper and visible dents to the front hood.