Man killed in Memorial Day shooting at Kern Park, dozens of children nearby

MILWAUKEE (CBS 58) -- The victim in the shooting at Kern Park Monday has been identified as 21-year-old Juan Bernal. Police say they are still looking for the suspect(s) in connection with the death.

A GoFundMe page has been set up to benefit Bernal's family.

MILWAUKEE (CBS 58) -- Memorial Day barbeques in Milwaukee's Riverwest neighborhood are broken up by the sound of gunfire Monday afternoon. The Milwaukee County Medical Examiner now confirms one person is dead from a shooting at Kern Park.

Officers responded to the call just before 2 p.m. when a man collapsed in the northbound lanes of Humboldt Boulevard with what we now know was a fatal gunshot wound.

But when the shooting happened people were originally confused by the sounds coming from near the basketball court.

"They saw a moped come through and even like the party next to us - and they heard, they thought the moped had backfired," Janelle Bentson said.

"He had a big, just a big red stain and he had on a white t-shirt," Bentson said. "This happened like damn near in front of my face.”

It was also in view of about a dozen Memorial Day barbeques and parties, with close to fifty young children and toddlers playing in the area.

"If they would have been out there playing or running in that area and had one of my kids got struck it would have been messed up. There's plenty of kids out here. Some people left," Larry Johnson said.

Police used dogs and metal detectors to search the green space between the basketball court and the road to possibly search for bullet casing.

The victim's name has not yet been released. Witnesses say they did not see the shooter and police have not yet given CBS 58 News an update on if they have made an arrest or have a suspect description.

MILWAUKEE (CBS 58) – A man is dead after he was shot in a Milwaukee park Monday afternoon.

Witnesses say it happened in the city’s Riverwest neighborhood in Kern Park just a few yards away from their Memorial Day barbecues.

Police used dogs to sweep the area where witnesses say the shooting happened.

North Humboldt Boulevard is still closed at East Keefe Avenue as the investigation continues. Witnesses say they heard the gunshot, originally mistaking it for a moped or motorcycle backfire. They then recall seeing who they described as a young man running away from the basketball courts towards the road before collapsing and later dying.

No one CBS 58 spoke with said they saw the shooter, however many stressed that the scene unfolded in front of a lot of young toddlers and children at Kern Park.

“I see this man over there, he go over there and we just over there for a second and that’s when I see this guy laid up there. Hands up, you know? Laying on the ground with a hole in his side,” said witness Larry Johnson.

Johnson told CBS 58 he could see blood on the man’s shirt.

“So I was over there and they were pumping his chest and I went back and they had the sheet over him. It’s just sad,” said witness Janell Bentson.

Police have not released much information about the shooting. There is no word on a suspect description or if they have any strong leads.

MILWAUKEE (CBS 58) -- Milwaukee Police are investigating after a man has died near Kern Park in the area of Humboldt and Keefe. 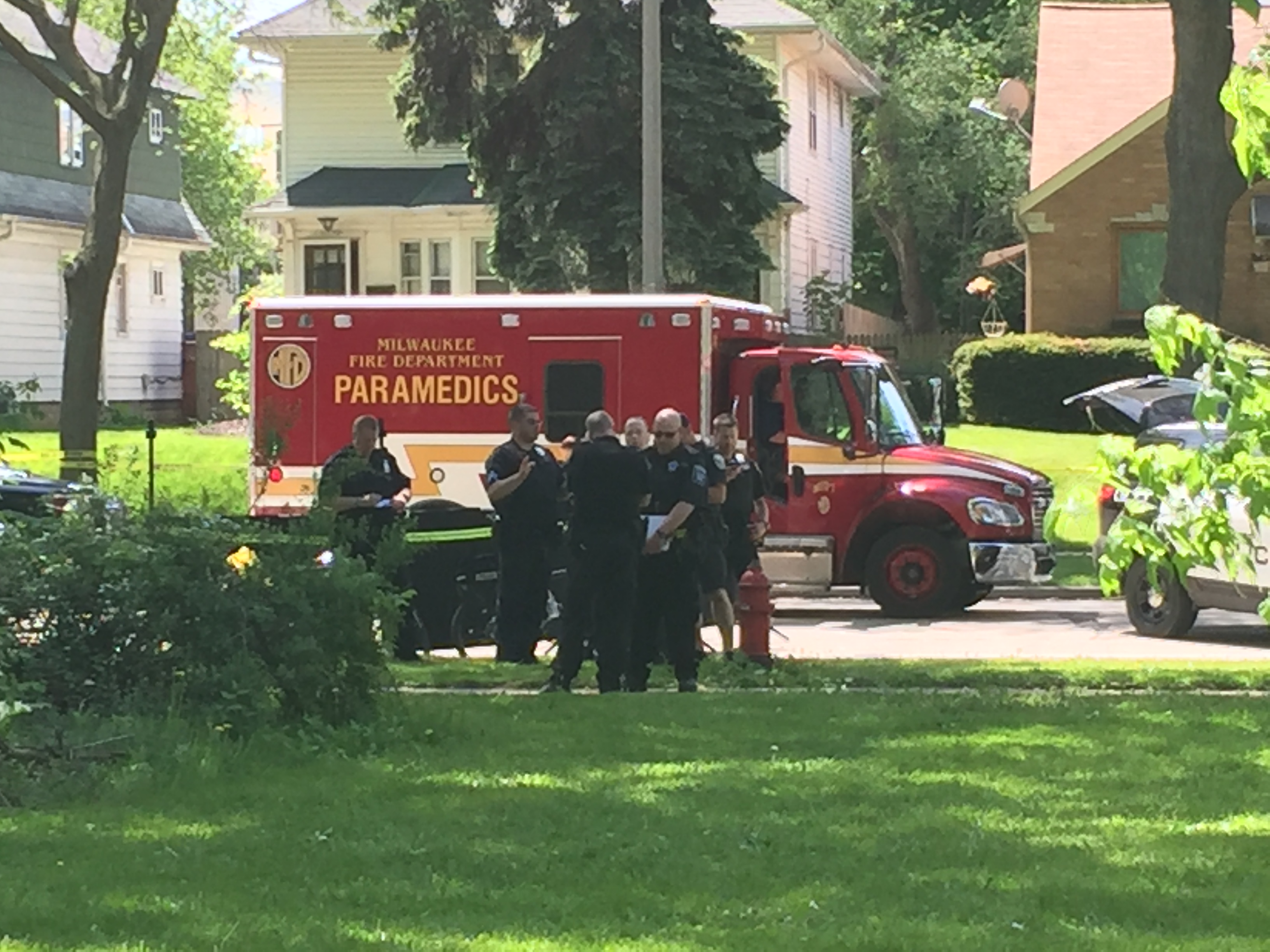 According to the Milwaukee County Medical Examiner's Office, the death is under investigation as a homicide. The MCMEO reports an autopsy will be performed on Tuesday, May 29.