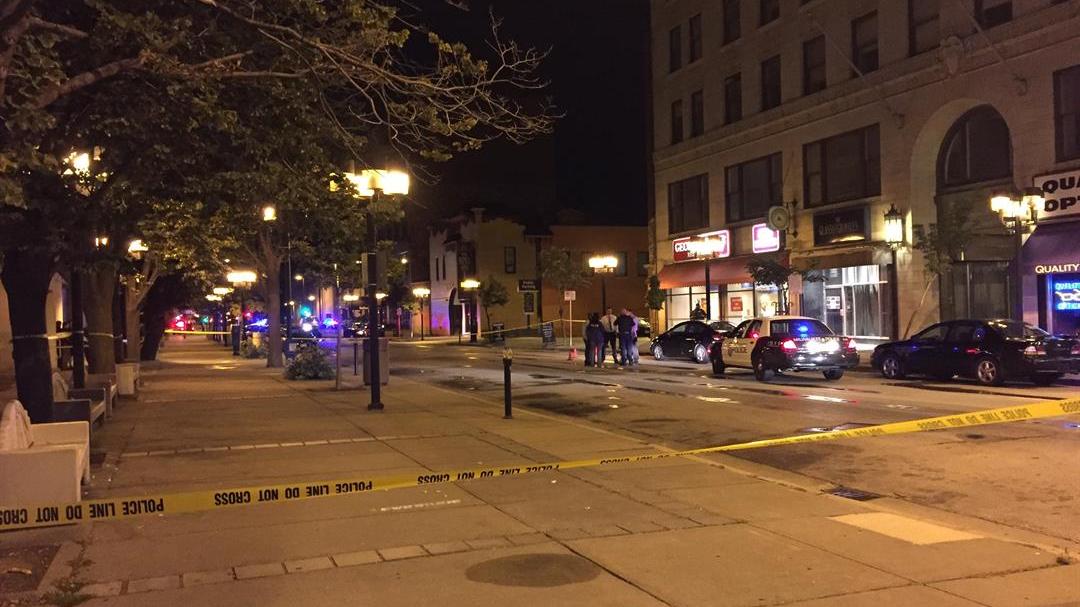 Following an altercation near the Wisconsin Center, a 34-year-old Milwaukee man was shot early this morning.  According to the Milwaukee Police Department, the shooting occurred near N Old World Third Street and W Wells Street around 2:50 Friday morning.   The victim apparently became involved in an altercation with another individual and was shot.   The victim was  able to drive himself to the area of N 4th Street and W Kilbourn Avenue where he was able to flag down a passing Police squad car.  The man was taken to a local hospital where his was treated for what is believed to be non-life threatening injuries.  According to the Police, the shooting suspect fled the scene on foot.  The Police are continuing to investigate the incident.