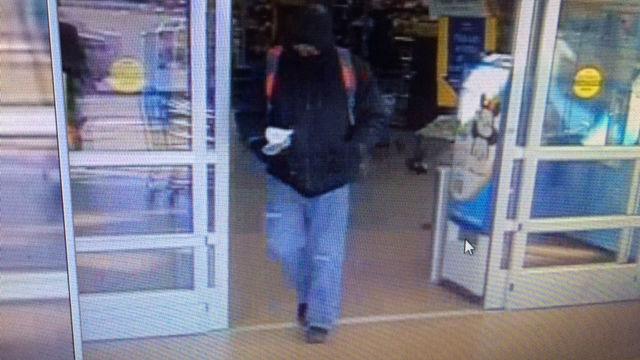 West Milwaukee Police are investigating an armed robbery that happened at the Walmart on Greenfield Ave Saturday morning.

Officers responded to the super center around 9:00 AM after a male wearing a backpack entered and approached the service center.

The man covered his face, displayed a handgun and demanded cash.

The suspect is described as a light complexion black male possibly around 25 years of age.

He is about 5’9 and appeared to be of medium build.

He was wearing a black jacket, blue jeans, dark shoes and a red and grey backpack.

Anyone with information on the robbery is asked to call West Milwaukee Police at 414-645-2151.