Police: Group of thieves push victim to ground, steal her puppy near Richards and Chambers 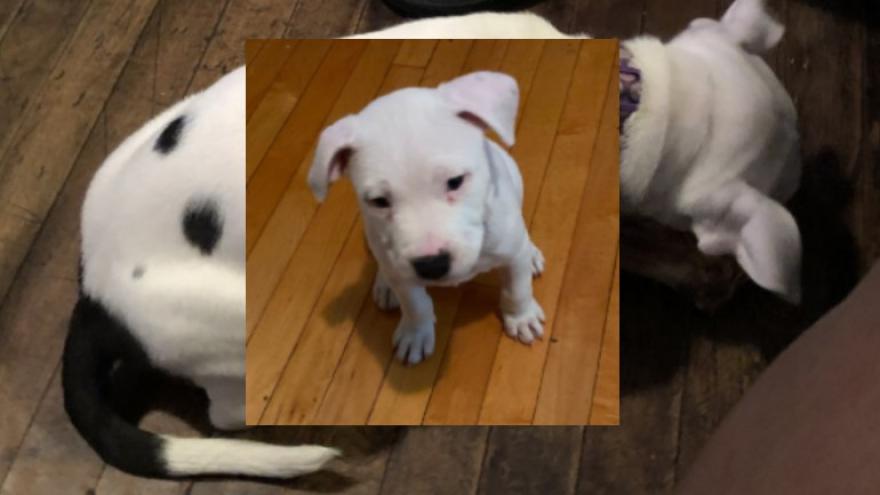 MILWAUKEE (CBS 58) -- Milwaukee police are looking to track down a group of thieves who stole a puppy from a victim near Richards and Chambers Streets on Wednesday, Sept. 16.

According to police, around 10 a.m., the suspects exited a vehicle, pushed the victim to the ground and took her puppy. The group got back into the car and fled southbound on Richards Street.

The puppy that was stolen is described a 2-month-old white pit-bull named Jasmine. She has two black spots on her back and a black/white tail. Jasmine was wearing a purple collar with a purple leash. 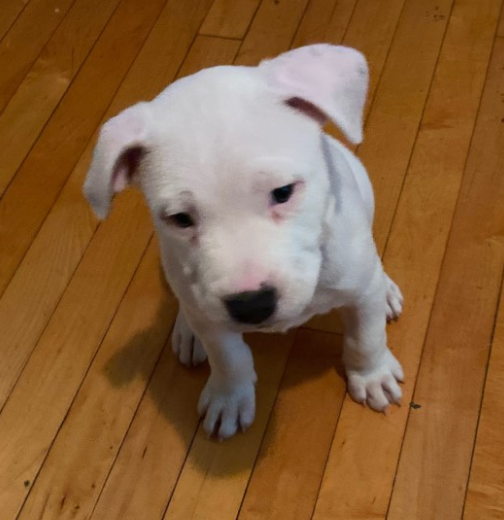 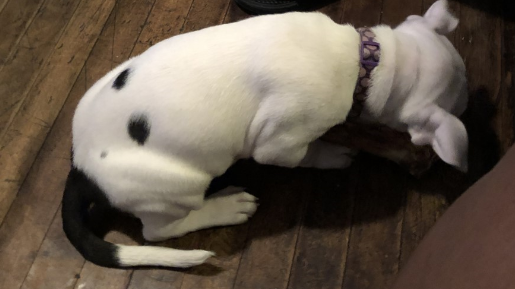 Suspect #1 is described as an African-American male, 30 years of age, shoulder length dreads and had a dark complexion. He was last seen wearing a blue jacket with white letters on the sleeves

Suspect #3 is described as an African-American male. He was wearing a dark colored jacket.

Suspect #4 is described as an African-American male. He was wearing a dark colored jacket.