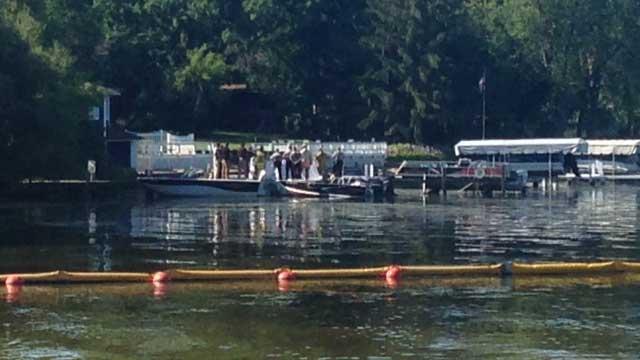 Search and rescue crews found the body of the 49 year-old man that was reported missing last night near Delavan Lake.

The police chief told CBS 58 the Scott Apel swam from a Crestline 2150 sportfish boat about 1000 feet off shore.
We were there as dive teams pulled the body out of the water.
They found the body around 9:15 this morning.
The Delavan Police Chief told CBS 58 they are pretty sure this is the 49 year old-man who went missing after allegedly jumping off a boat late last night.
Dive teams began their search around 11 PM and worked into the morning hours to find him.
The chief says it's a sad reminder for all boaters to wear a life jacket.
\"Be safe on the water, remember that on the water, and injury that you get on land, might be just fine on land, but on the water it could be a detrimental injury,\" said Chief Raymond Clark, Delavan Police.
Apel was from Arlington Heights, Illinois.
No foul play is suspected.
Share this article: