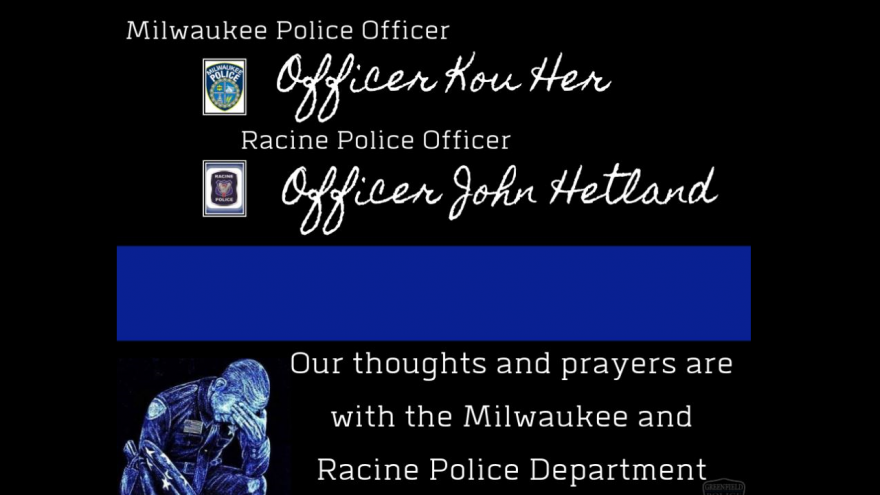 SOUTHEASTERN WISCONSIN (CBS 58) – Police Departments from around the state are offering support and condolences after two off-duty police officers were killed.

Racine Police Officer John Hetland was shot and killed Monday evening while trying to stop an armed robbery at a tavern.

Milwaukee Police Officer Kou Her was hit and killed by a driver who ran a red light early Monday morning. Her was on his way home from work.