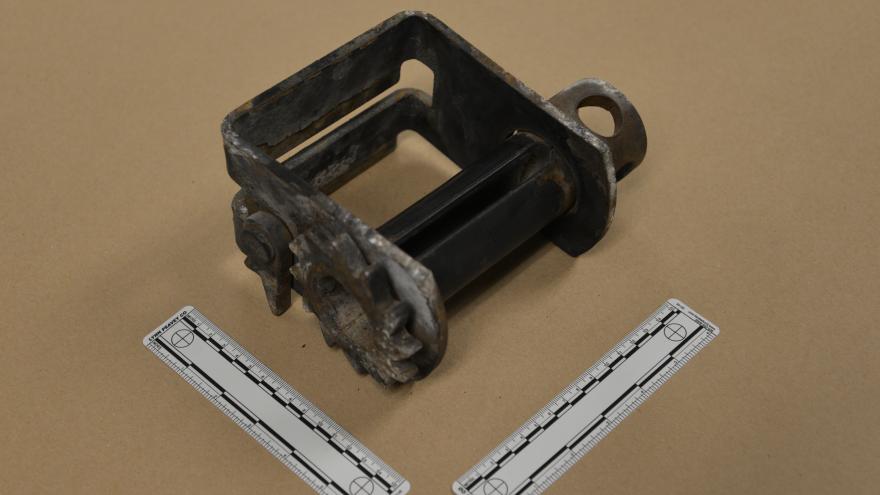 MENOMONEE FALLS, Wis. (CBS 58) -- The Menomonee Falls Police Department says it was a piece of debris on the road that caused a deadly motorcycle crash on I-41 on August 10.

The rider who was killed in the crash has been identified as Steven Klink of Hartford. Klink lost control of his bike and slammed into a median near Pilgrim Road.

A second person was also hurt.

Police say the debris that caused the wreck is used to secure loads on trucks, often large flatbed semi trailers. It's possible the piece may have fallen from a truck just before the crash.

Anyone with information about the vehicle the piece came from or the driver is asked to call Menomonee Falls police.