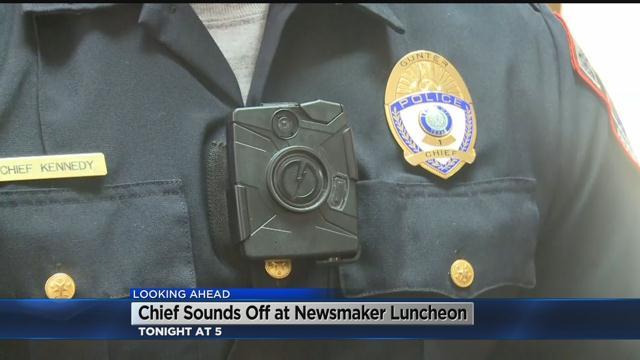 Milwaukee Police have been wearing body cameras for nearly a year now.

There are 725 cameras currently on the street with the number expected to top a thousand by the end of the year.

On Friday, this was the first look we got at one of those videos from a home invasion back in august of 2015.

Chief Flynn said not every recording the MPD gets paints a clear picture; such as the tape involving the Sylville Smith shooting in Sherman Park back in August.

“What you're going to see on that tape is frequently going to be ambiguous, difficult to interpret, not from everyone's perspective. And you know what sometimes the camera's going to be pointed that way, sometimes it's going to be turned on late. These things, technology is not perfect. Nothing is perfect,” said Flynn.

Flynn said there are parallels with the instant replay system they use in the NFL where many times officials can't see clear enough evidence to overturn a call on the field, but acknowledging this is a lot more serious than that.

The chief said we watch every frame, it's easy to forget that this all happens in real time where the officer has just seconds to act.

As for the Sylville Smith shooting, police are deferring to the district attorney's office as to when and if body camera footage should be released.

Chief Flynn said the current situation in Milwaukee is a "Holocaust of Violence."