Police chase in Waukesha County shuts down traffic on I-94 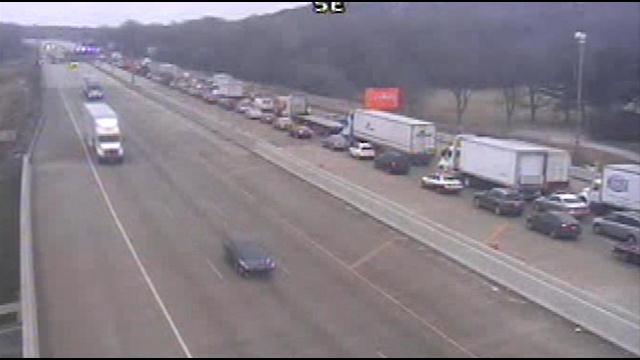 A police chase tied up traffic for miles on Interstate 94 Thursday afternoon in Waukesha County.

Delafield Police responded to a shoplifting call at the Kohl's on Golf Road.

When police officers arrived at the scene, two men took off in a vehicle, and the chase began, speeds reaching 90 miles per hour.

Police were able to blow out the suspect's tires on eastbound I-94 near Moorland Road.

Both men are from Milwaukee, and they are currently being held at the Waukesha County Jail.