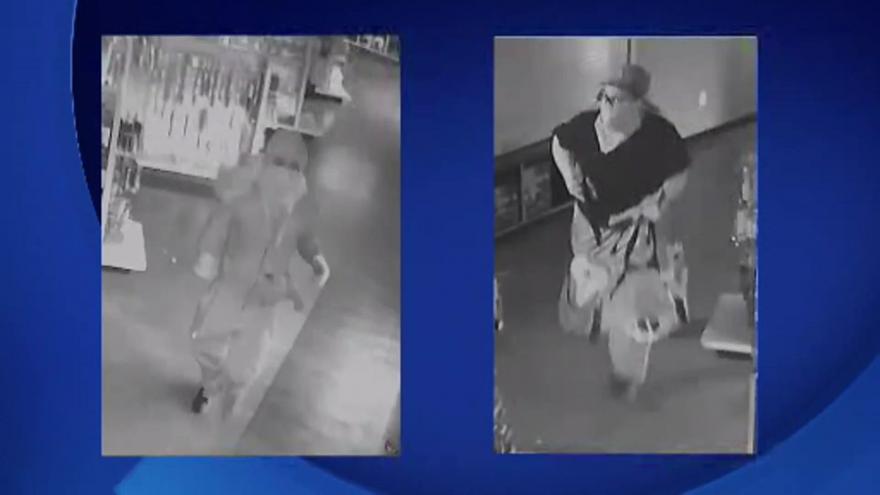 Police in Brookfield believe that the same two people broke into the \"Wisconsin Firearms Training Center\" for the second time this month.

Police released surveillance images of the suspects. They broke through the front door early yesterday morning and stole ammunition. Investigators believe the pair also got inside a week earlier and took two shotguns. Both times, they were carrying a red Adidas bag.

The first robbery happened April 9th, the second one happened just a few days ago.

A man who works nearby says he spoke to the police officers the morning after the second robbery.

\"This is the same two people. Someone has to know them. They knew what they were doing. They broke the glass through the front door. They went out through the entrance in the west side of the building,\" said Michael Curtis, a nearby employee.

If you know who the suspects are in this case, you are asked to call Brookfield Police.