Police: Baby revived after rolling onto hypodermic needle in Philadelphia 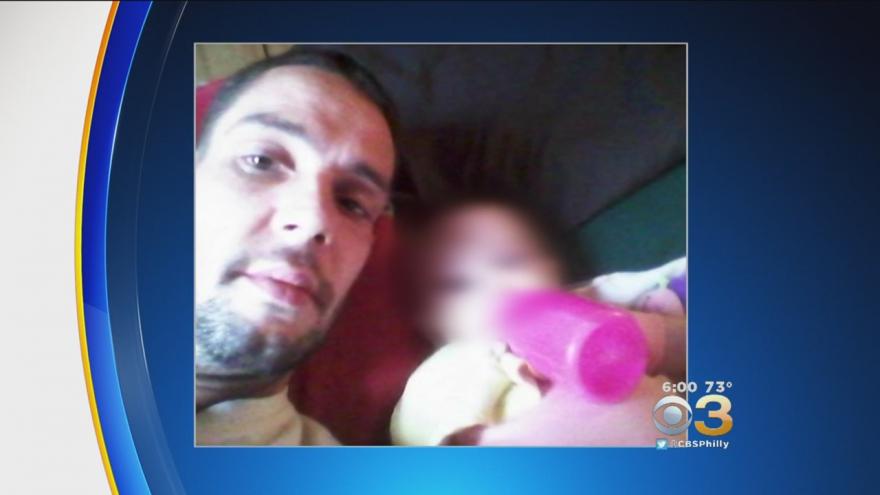 PHILADELPHIA (CBS) —A father is in police custody after authorities say his baby accidentally overdosed when she rolled onto a hypodermic needle in Manayunk.

The incident happened around 6 p.m. Wednesday in the 200 block of Green Lane.

Police say a 9-month-old childwas found with a hypodermic needle sticking out of his leg inside of the home.

A photo confirmed by a close neighbor shows the child with her father. He has been identified as 35-year-old Steven Welsh.

Eyewitness News has learned that Welsh told investigators that he had been cleaning his room and tossed needles on his bed. Forgetting they were there he said he put his baby on the bed where she rolled onto one.

Paramedics revived the child with Narcan, a treatment that reversed the effects of an opioid overdose.

The baby was treated at Chestnut Hill Hospital for an accidental overdose, police said.

Neighbor Dennis Desalme says that addiction in this town, like elsewhere, has been destroying families.

“It surprises me that anyone would be that irresponsible but that does not surprise me at all, there are heroin addicts all over the place,” he said.

The father is now facing charges including aggravated assault, and endangering the welfare of a child.

DHS was notified about the incident.