Rollover crash in Mount Pleasant with baby on board; 2 occupants flee 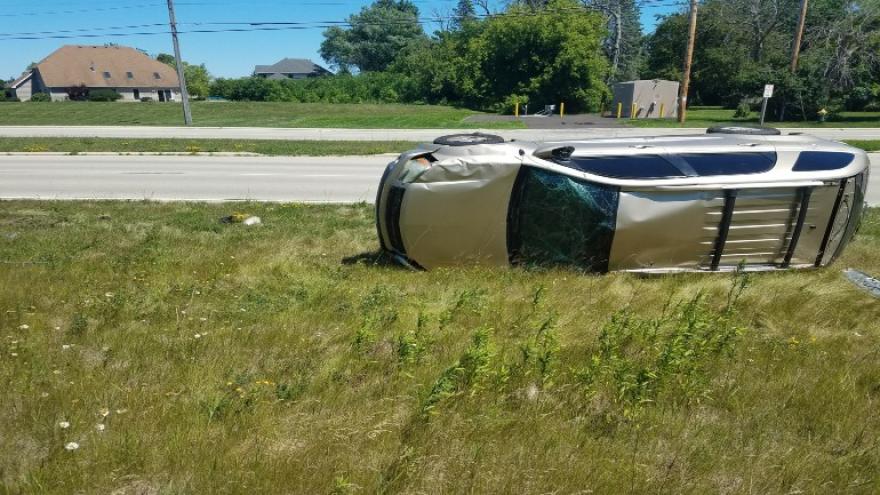 Police say it happened in the 4800 block of State Highway 32 near Sheridan Road around 2 p.m.

Police say the vehicle was swerving prior to crashing and rolling over twice.

There was a report of a baby involved, along with a driver and two other occupants who fled the scene.

The operator of the car was checked on scene, along with her child. Police say the child was not in a child safety seat, and did not have serious injuries.

The Sturtevant Police Department also responded with their K9 unit to search for the parties who left the scene. Mount Pleasant officers located one of the occupants, who was later taken into custody for a probation violation, while searching the Lake Park area.

The other occupant was not located and is not believed to be injured as witnesses saw him fleeing the crash site. Officials say there are no suspicions of alcohol use and the crash was caused by the driver's actions. Police say she was cited for appropriate violations, as well as failure to secure her child in the proper safety seat.

The roadway was shut down temporarily and has since reopened.