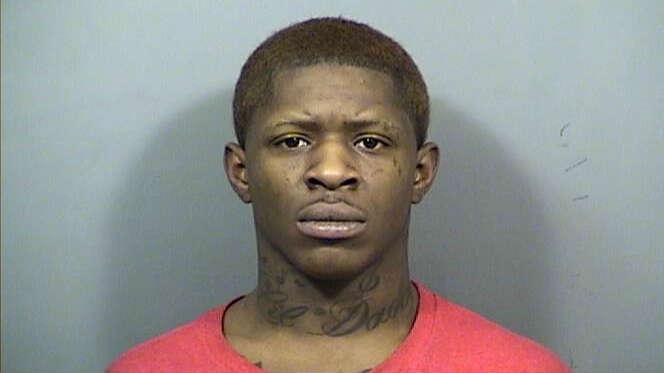 Waukesha police are reporting the armed robber who shot and killed 65-year-old Saeed Sharwani during a gas station robbery has been arrested. Police say the 19-year-old suspect is a convicted felon, and is believed to have taken part in at least six other robberies around southeast Wisconsin.

Police say one of the masked men was arrested in the City of West Allis less than 10 hours after this violent robbery. The West Allis Police Department executed a warrant while investigating another robbery and arrested 19-year-old Kenneth Thomas.  According to police, Thomas was the man who allegedly shot and killed 65-year-old Sharwani during the January 13 robbery. Police say their investigation revealed that in addition to the two robbers there was a female getaway driver who was identified as 23-year-old Jerica Cotton.

The second masked man in this robbery has been identified as Darrin Malone, and is not in police custody. Waukesha police are asking for the community's help in locating Malone who is considered armed and \"extremely dangerous\". We're told Malone has no known ties to Waukesha.

Police currently believe Thomas and his accomplices are responsible for at least six robberies in West Allis, Milwaukee, Waukesha, and the Town of Brookfield. In addition to the Waukesha gas station robbery, police believe Thomas and his accomplices fired multiple shots during a January 10 robbery in the Town of Brookfield. Police believe the group of suspects are also responsible for three West Allis robberies from September 2014 to January 2015. The group is also suspected of committing a bank robbery in the City of Milwaukee.

The owner of the Citgo gas station Thomas and Malone robbed is offering a $5,000 reward for information leading to the arrest of Malone.