Police: 47-year-old woman dead in crash with semi in Caledonia 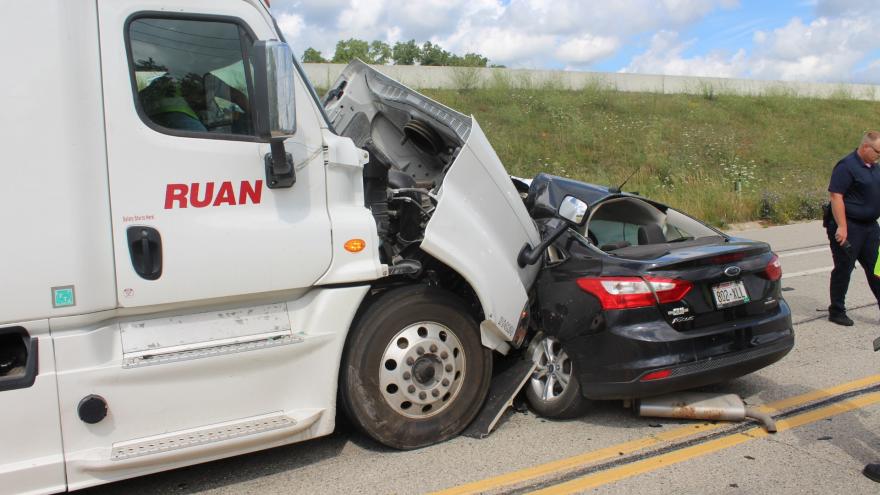 CALEDONIA, Wis. (CBS 58) -- A woman is dead following a crash involving a semi in Caledonia.

It happened near Golf and Frontage Roads just before 10 a.m. on Friday, July 31.

According to Caledonia police, an investigation revealed a semi -- operated by a 63-year-old Burlington man -- was traveling north on Frontage Road, when a vehicle traveling west on Golf Road, stopped for a stop sign and then pulled out in front of the semi. Police said the semi did not have any traffic control.

The vehicle was struck by the semi on the driver's side. The driver of the car, identified by police as 47-year-old Kristin Halverson of Franksville, died at the scene.

Caledonia police were assisted at the scene by the Wisconsin State Patrol.