Police: 14-year-old girl hit by car while FaceTiming on phone 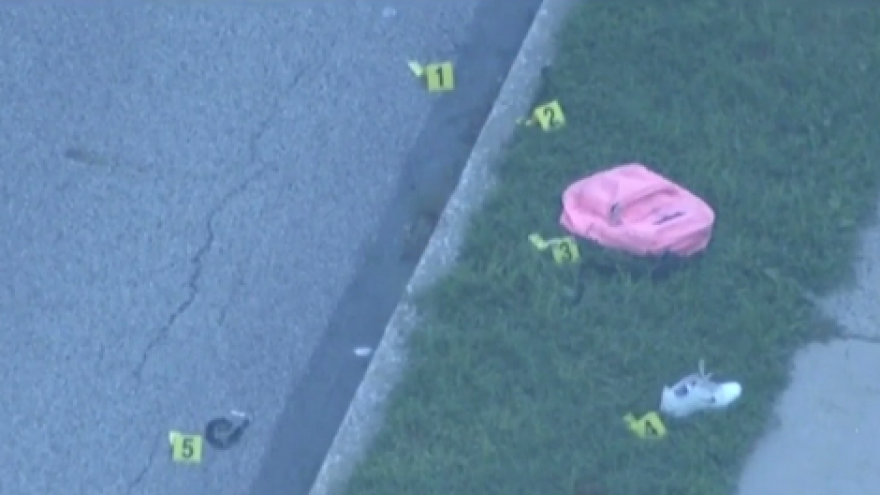 ABINGTON, Pa. (CBS) — A 14-year-old girl was injured Wednesday afternoon in Abington when police say she walked right into the path of a passing car — because she was video chatting.

It happened around 2:45 p.m. in the 900 block of Highland Avenue near Abington High School.

Abington Township Police Chief John Livingood says the teen girl was FaceTiming with a friend who lives nearby when she walked right into the path of a car going south on Highland Avenue.

“[Her friend] could actually see her,” Livingood said. “He was on the phone with her on FaceTime, and he saw the phone go flying up in the air, and heard the screaming.”

According to friends, their 14-year-old teammate was on her way to cheerleading practice when she was struck.

“She’s always hyping everyone up. We just all have a great time with her at practice,” said Maddie Jenkins, a teammate of the victim.

Police say officers arrived and found the female unresponsive on the street.

“We were able to confirm with some witnesses that the young lady was distracted on the facetime on her cellular phone which was obviously a contributing factor in the accident,” said Lt. Steven Fink, with the Abington Police Department.

The driver immediately stopped to help.  The girl was transported to Abington Hospital and later transferred to the Children’s Hospital of Philadelphia with extensive injuries.  Her condition was not immediately known.

“I just hope people will realize the dangers of being engrossed in your cellphone, or your tablet, or whatever you’re carrying, and not paying attention to what you’re doing,” Livingood said, “particularly when you’re walking in the street.”