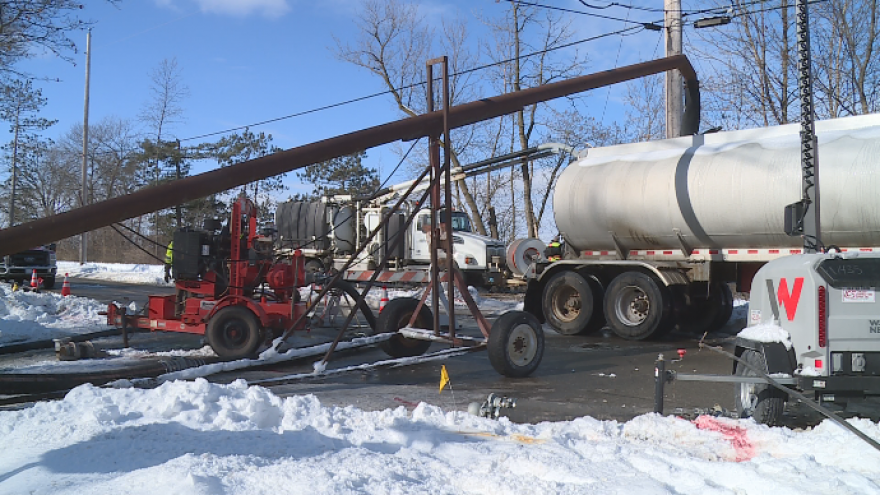 CBS 58 affiliate, WSAW 7 Investigates, spoke with Public Works Director Eric Lindman who said raw sewage plugged a sewage line on the north side of Sturgeon Eddy Road, near the intersection with Wisconsin Street.

Lindman said this line carries a million gallons of sewage a day from the southeast side of Wausau, across the Wisconsin River and to the wastewater treatment plant.. He said he is unsure at this time how long the sewage had been leaking. Wausau Water Works told 7 Investigates it has been a few days and more than a million gallons leaked into the river.

Lindman said Department of Natural Resources representatives took water samples to help determine the damage and how long the sewage has been leaking into the river.

Lindman spoke with the Marathon County Health Department, who said at this point there is not a public health impact, though they recommend any fish caught be washed and cooked thoroughly.

A homeowner called the public works department yesterday about a smell, said Lindman, which is how they found out about the plugged line.

Wausau Water Works is working with its engineering staff and the DNR to fix the pipe. They're arranging for temporary pumping and hauling of wastewater to the wastewater treatment plant.