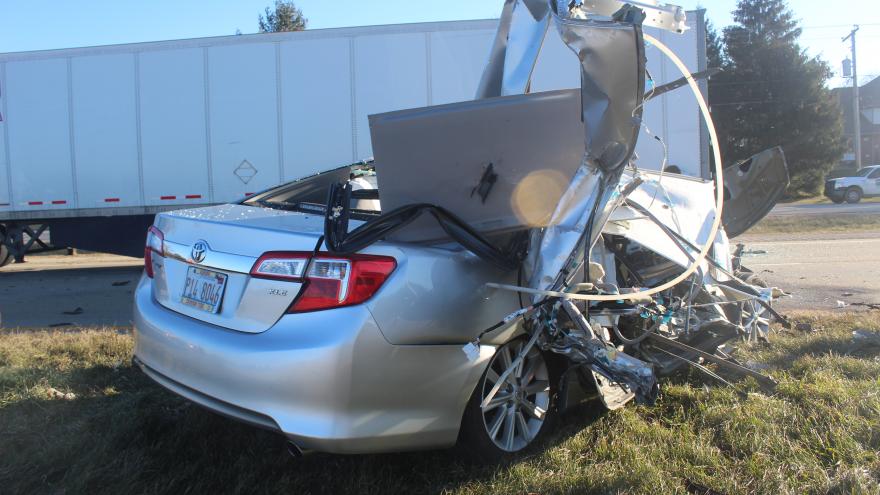 PLEASANT PRAIRIE, Wis. (CBS 58) -- A collision between a semi and sedan in Pleasant Prairie Thursday, Dec. 23, left one vehicle heavily damaged. Fortunately, no one was seriously injured.

Officials say both vehicles were traveling northbound on Green Bay Road when the accident occurred just before 9 a.m.

An initial investigation indicated the semi-truck, driven by a 31-year-old Illinois man, was traveling between 0 and 10 miles per hour in a 55 mile per hour zone when the collision occurred. The semi driver told officers that the slow speeds were due to another slow-moving vehicle.

Police say the sedan approached the semi from behind at highway speeds, failing to notice the slow-moving rate of the semi, and collided with the back of the semi-trailer.

The collision caused heavy damage to the sedan, which was operated by a 47-year-old Illinois woman who suffered non-life threatening injuries.

She was taken to a local hospital for treatment and cited for failure to maintain control of a vehicle.

The semi driver did not report any injuries from the collision. 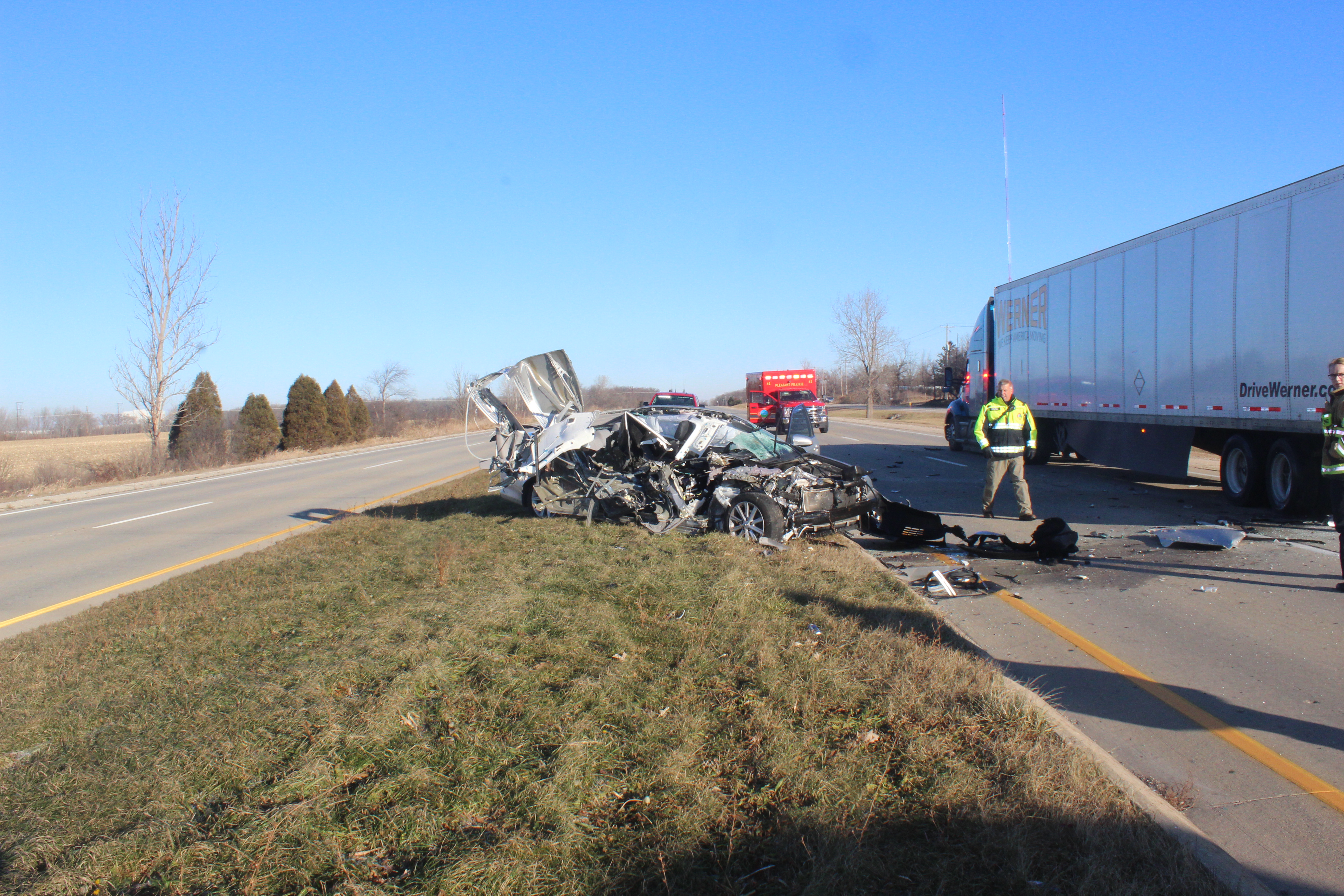