Plea Hearing Scheduled for Woman that Hit Sheriff and Mother 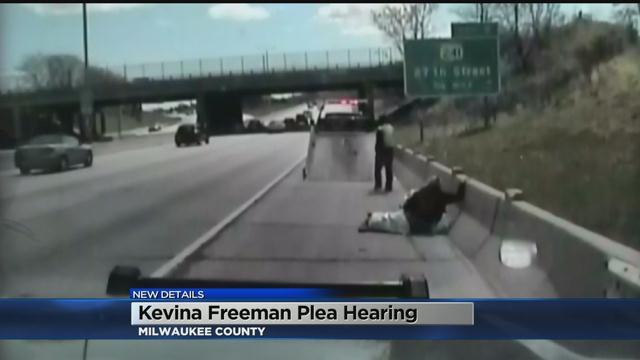 A Milwaukee woman recorded on dash cam video knocking down two sheriff's deputies and her own mother while bolting from a traffic stop has reached a settlement in her criminal case.

Kevina Freeman is charged with 5 felonies including recklessly endangering safety following the roadside incident on the bypass last May.

Details of the settlement reached in court this morning have not been released, but a plea hearing is scheduled for August 26th.