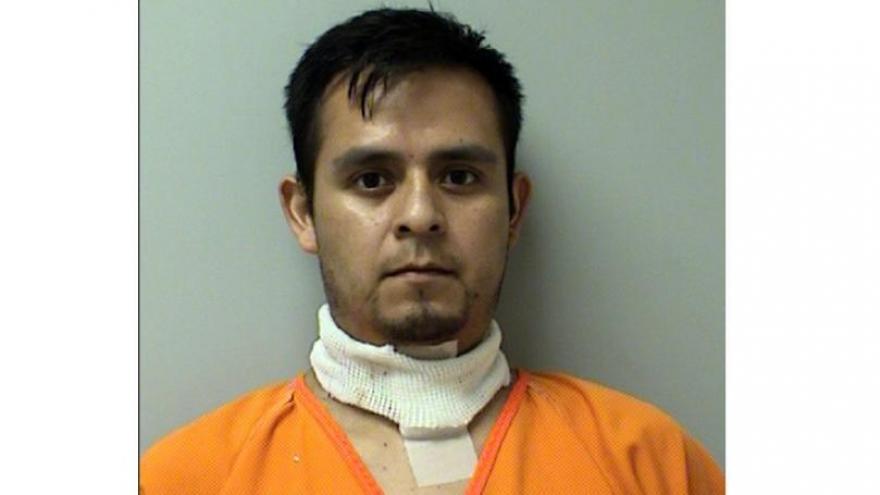 STRATFORD, Wis. (WSAW) -- A 36-year-old Stratford man has pleaded no contest to a count of attempted first-degree intentional homicide. As part of a plea deal, prosecutors agreed to dismiss Francisco Delgadillo- Perez's five other charges. Those charges will still be considered during his November sentencing hearing.

The investigation began May 15, 2016, after 911 call reporting a stabbing near Stratford in the Town of Eau Plaine.

When officers arrived on scene they found a woman with several stab wounds. The woman was able to communicate and told deputies the suspect was Delgadillo-Perez. She said she had dated the suspect in the past, and while they are no longer dating, they do still live together. The woman told investigators he had self-inflicted stabbed wounds and had walked away from the scene.

Investigators tracked him following blood spots in the grass. According to court documents, he was found with a 12-inch butcher knife in his hand and a 3-inch wound to the neck. A medical helicopter transported him to a Marshfield hospital.

The female victim was stabbed with three different knives. A young witness told investigators the woman was planning to move out.

The woman's three children were at the home at the time of the incident. Two attempted to offer medical assistance and called 911. One of the children told investigator's he believed his mother was stabbed so she "wouldn't be pretty anymore". The child also told investigators he "wished he had super powers so he could have helped his mother".

One of the children received a minor wound to the hand during the incident.

Delgadillo-Perez is scheduled to be sentenced Nov. 22.