Plane crashes near Moscow, all 71 people on board are killed 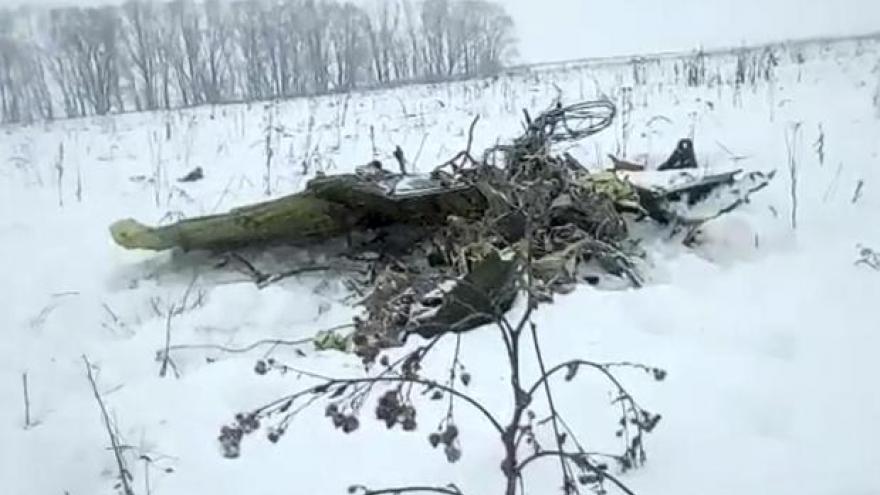 MOSCOW -- A Russian passenger plane crashed near Moscow shortly after taking off from one of the city's airports Sunday. The country's transportation minister said all 71 people on board were killed in the crash.

The Saratov Airlines regional jet disappeared from radar screens a few minutes after departing from Domodedovo Airport en route to Orsk, a city some 1,500 kilometers, about 1,000 miles, southeast of Moscow.

Fragments from the Antonov An-148 airliner were found in the Ramenskoye area, about 40 kilometers, about 25 miles, from the airport. Footage on state television showed them strewn across a snowy field with no buildings nearby. No on the ground casualties were reported.

Transport Minister Maxim Sokolov said Sunday afternoon that "judging by everything, no one has survived this crash." He did not give the number of people on board, but Russian news reports said the plane carried 65 passengers and six crew members.

Russia's Investigative Committee said all possible causes were being explored.

Russian President Vladimir Putin put off a planned trip to Sochi in order to closely monitor the investigation. Putin was to meet Palestinian leader Mahmoud Abbas on Monday in the Black Sea resort, where the president has an official residence.

Instead, Abbas will meet with Putin in Moscow in the latter part of Monday, Kremlin spokesman Dmitry Peskov told Russian news agencies.

The An-148 was developed by Ukraine's Antonov company in the early 2000s and manufactured in both Ukraine and Russia. Russian state news agency Tass said the plane that crashed had been flying since 2010, with a two-year break because of a shortage of parts.

The plane was ordered by Rossiya Airlines, a subsidiary of Aeroflot, but was put into storage during 2015-2017 because of the parts shortage. Tass reported that it re-entered service for Saratov Airlines in February 2017.

Shabby equipment and poor supervision had plagued Russian civil aviation for years after the 1991 collapse of the Soviet Union, but its safety record has improved markedly in recent years.

The last large-scale crash in Russia occurred on Dec. 25, 2016, when a Tu-154 operated by the Russian Defense Ministry on its way to Syria crashed into the Black Sea minutes after takeoff from the southern Russian city of Sochi. All 92 people on board were killed.

An onboard bomb destroyed a Russian Metrojet airliner soon after taking off from Egypt's Sharm al-Sheikh resort, killing 224 people in October 2015.