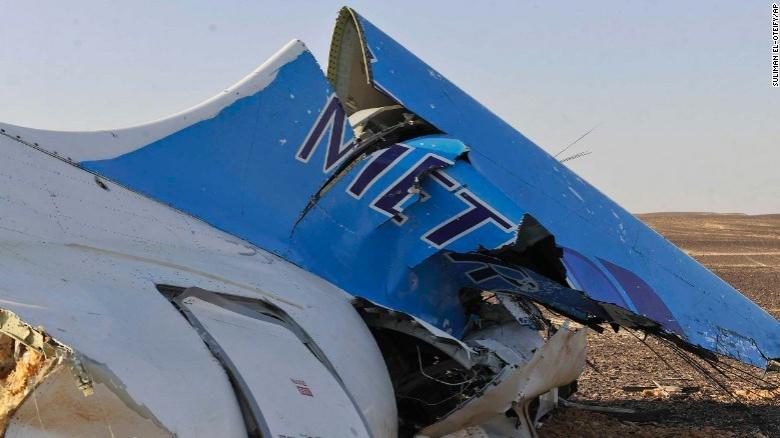 (CNN)The only reasonable explanation for the crash of a Russian passenger jet in Egypt is "an external influence," an executive from the airline that operated the flight said Monday, stressing that planes don't just break apart in midair.

Kogalymavia Flight 9268 broke into pieces before it hit the ground in a remote area of Egypt's restive Sinai Peninsula on Saturday, killing all 224 people on board."We exclude technical problems and reject human error," Alexander Smirnov, a Kogalymavia airline official, said at a Moscow news conference as he discussed possible causes of the crash.

He added that the crew did not issue any warnings or communications during the final moments, indicating that the flight crew must have been disabled and not able to radio out.

However, Smirnov said that while the plane's flight and voice data recorders had been recovered, they had not been read or decoded.

Officials have played down an apparent claim by Islamic militants in Sinai that they brought down the Airbus A321-200, saying technical failure is the most likely reason for the crash.

But so far, they haven't been able to give a definitive explanation for what happened, with the Egyptian President suggesting investigations could take months.