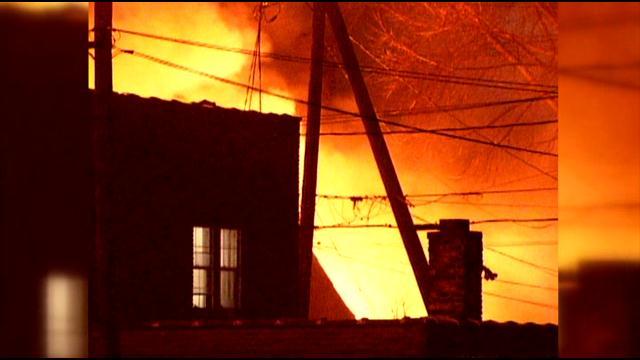 It's been 18 months since pizza man reopened at its new location on North Downers Avenue on the City's East Side.

But that doesn't erase the memories of the original location at the corner of North and Oakland.

Police say an arsonist set the fire that destroyed the 40 year institution on January 19, 2010.

Customers expressed what the old establishment meant to them.

\"When my wife and I went to UW-Milwaukee”, said Steve Beaudry. “I actually took there when we got engaged. We also had our first date here, so it was reminiscing for us as we got engaged, and it was about a year after it burned down.\"

The new Pizza Man is now a bigger restaurant that serves the same great food according to customers like Beaudry.

\"The food is always as good as it was, the menu is the same”, said Beaudry. “So it's nice they haven't changed a whole lot in the quality of food.\"

Nevertheless, Beaudry is happy he can come back to one of his favorite places once again.

\"It really is a unique place for us\", said Beaudry.

The Pizza Man institution is expanding and a second location will be opening in the Spring at Mayfair Collection in Wauwatosa.