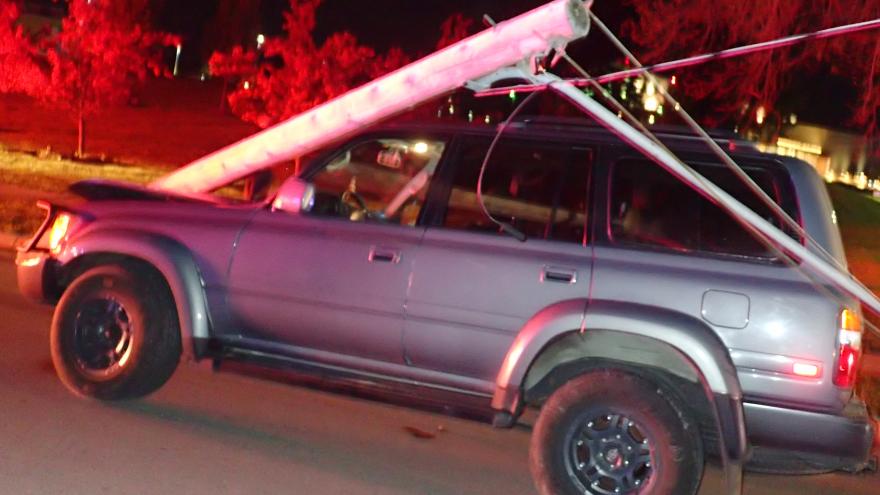 A pizza delivery driver is accused of driving drunk in the city of Oconomowoc.

Police arrested the driver after he crashed his SUV. We're told the driver was out delivering pizzas when he veered off the road and ran over a utility pole. When police arrived, he told them he had not been drinking. His blood alcohol content, however, said otherwise.

What started out as a Saturday night pizza delivery ended less than a mile from Rosati's Pizza as a 21-year-old delivery driver smashed into a utility pole near Oconomowoc High School.

When police arrived on the scene, they say the driver's "speech was slightly slurred and his eyes were bloodshot."

A police report says the man initially told officers he had not been drinking but later admitted to drinking "at some point earlier in the day." His blood alcohol content clocked in at .108, well above the legal limit.

That driver was arrested but has not been charged so we are not naming him. So, how long had this driver been drunk on the job? The owner of Rosati's Pizza did not want to comment but told us that the driver has been fired from his job at the restaurant.

Because this is that driver's first OWI, he's only receiving a citation and a $1,000 ticket.

We went to his house this afternoon where his mother told us they have no comment on the incident.