Pilot of Southwest flight with blown engine, praised for "nerves of steel" 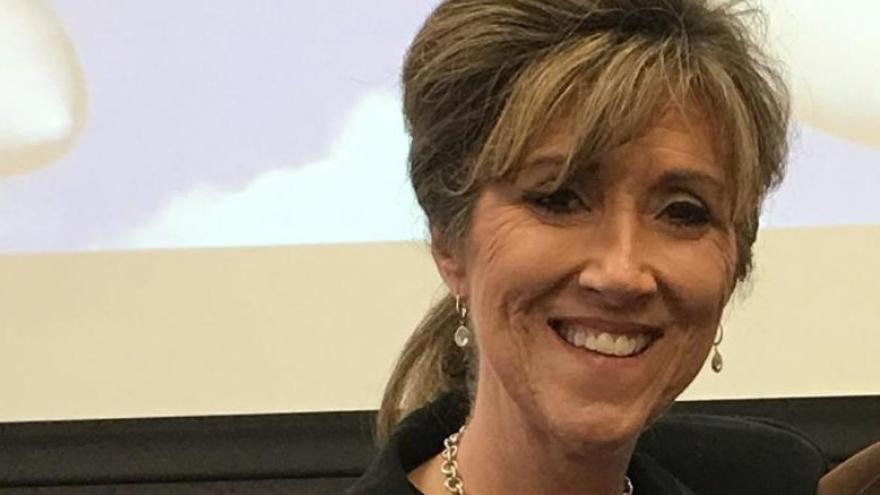 PHILADELPHIA (CBSNews) --  Tammie Jo Shults, the Southwest Airlines pilot who made an emergency landing Tuesday after the jet apparently blew an engine, got hit by shrapnel and lost a window, is being praised for her "nerves of steel" in helping to prevent a far worse tragedy after the catastrophe killed one passenger and left seven others hurt. Shults was at the controls of the Dallas-bound Flight 1380 when it made an emergency landing in Philadelphia, said her husband, Dean Shults.

The twin-engine Boeing 737 that left New York with 149 people board was hit by shrapnel that smashed a window and damaged the fuselage, killing a passenger and injuring seven others, authorities said. The pilot took the plane into a rapid descent as passengers using oxygen masks that dropped from the ceiling braced for impact.

Shults was among the first female fighter pilots in the U.S. military, according to friends and the alumni group at Shults' alma mater, MidAmerica Nazarene.

Shults was a 1983 graduate of the university in Olathe, Kansas, where she earned degrees in biology and agribusiness, Carol Best, a university spokeswoman, told The Kansas City Star.

Passenger Alfred Tumlinson, of Corpus Christi, Texas, lauded Shults and her crew for their professionalism.

"She has nerves of steel. That lady, I applaud her. I'm going to send her a Christmas card -- I'm going to tell you that -- with a gift certificate for getting me on the ground. She was awesome," Tumlinson said. "The lady, the crew, everything, everybody was immaculate. They were so professional in what they did to get us on the ground."

Shults' brother-in-law, Gary Shults, said her husband also is a Southwest pilot and told him she had made the emergency landing.

"She's a formidable woman, as sharp as a tack," said Gary Shults, a dentist in San Antonio. "My brother says she's the best pilot he knows. She's a very caring, giving person who takes care of lots of people."

Passengers said she walked through the aisle and talked with them to make sure they were OK after the plane touched down.

"The pilot, Tammy Jo was so amazing! She landed us safely in Philly," passenger Amanda Bourman wrote on Instagram.

U.S. Transportation Secretary Elaine Chao extended her sympathies to the loved ones of the passenger who died, Jennifer Riordan, of New Mexico, and praised the pilot, crew and others who were on board.

"I commend the pilots who safely landed the aircraft, and the crew and fellow passengers who provided support and care for the injured, preventing what could have been far worse," Chao said in a statement.

Travelers said fellow passengers dragged Riordan back in as the sudden decompression of the cabin pulled her part way through the smashed window.

National Transportation Safety Board chairman Robert Sumwalt said it was the first passenger fatality in an accident involving a U.S. airline since 2009.