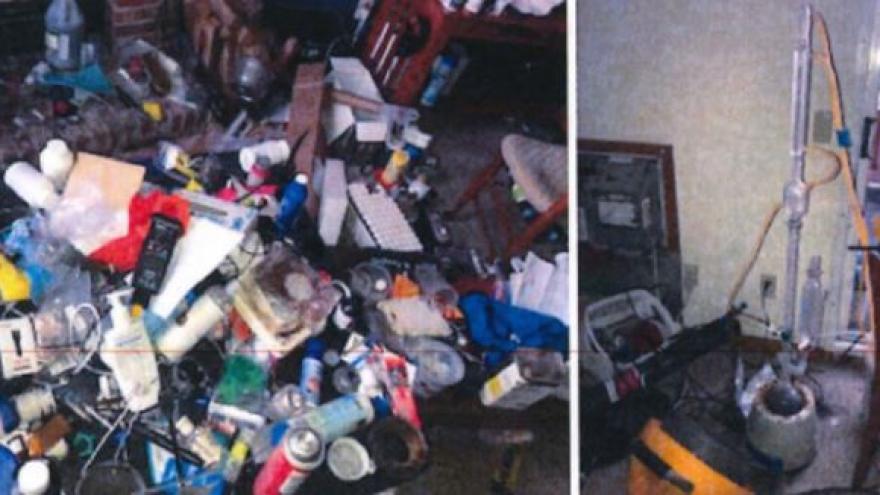 MADISON, Wis. (WISC) -- Bail was set at $100,000 Monday for the Madison man facing charges for having dangerous chemicals in his apartment.

Brian Campbell is facing tentative charges of endangering safety and possession of improvised explosives, according to court records.

Judge Jason Hanson also placed conditions of his release on bail. If released, Campbell would be outfitted with a GPS monitor device and will have restrictions of a 1-mile radius defined by High Point Road, Watts Road, Gammon Road and Mineral Point Road.

Hanson also said that Campbell would not be able to combine any volatile chemical compounds if he is released.

"I know there's statements that maybe some of this could be combined to make explosives or something like that, but I haven't seen anything significant that shows that there's any evidence that that's what was going on," Campbell's attorney Sarah Schmeiser said. "So I think what we have here, that would be an excessive amount of cash bail."

Hanson acknowledged that a lot of information, including formal charges and a criminal complaint, are still pending. Campbell will be back in court by Wednesday, according to Hanson.