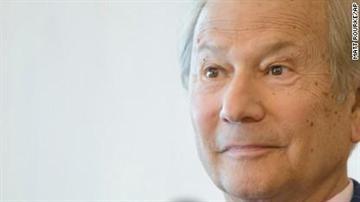 (CNN) -- A private plane crash late Saturday in Massachusetts killed all seven people aboard, according to Hanscom Field airport, where the plane had taken off.

\"Katz made his fortune investing in the Kinney Parking empire and the Yankees Entertainment and Sports Network in New York. He once owned the NBA's New Jersey Nets and the NHL's New Jersey Devils and is a major donor to Temple University, his alma mater,\" philly.com reported.

The crash came just a few days after Katz and H.F. \"Gerry\" Lenfest won control of the parent company that owns those news agencies with an $88 million bid at an auction, the Philadelphia Business Journal reported.

\"Words cannot express our sadness at this time regarding the sudden loss of Lewis Katz,\" the parent company, Interstate General Media, said in a statement. It expressed condolences to Katz's family and friends, \"and to so many that his life and generosity touched through his countless acts of kindness.\"

The names of the other victims have not been released.

The plane apparently caught fire, according to the Federal Aviation Administration. Purported photos of the crash on social media showed flames and smoke.

Fire department rescuers responded to the scene of the crash early Sunday.

The Gulfstream IV jet was taking off from Hanscom Air Force Base when it ran into a wooded area. Airport operations were shut down.

Hanscom Field is a joint military and civilian facility about 20 miles outside of Boston. It's used regularly by corporations for travel and also as a secondary airport to Boston's Logan International Airport, according to Hanscom's website.

The National Transportation Safety Board is investigating the crash.