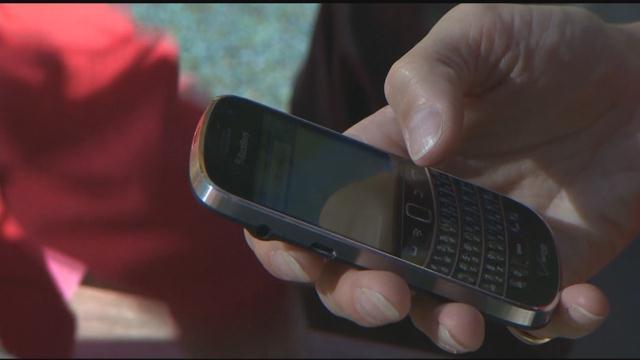 DENVER (CBS NEWS)- Do you ever think your mobile phone is ringing or vibrating when it's not? That's called "phantom vibration syndrome."

One study involving 290 U.S. college students found nearly 90 percent of them said they sometimes felt the phantom phone sensations, and 40 percent said it happened at least once a week. Another small study of 169 hospital workers in 2010 found about 70 percent of them experienced the same thing.

Why does it happen? "Because we're so in touch with our cellphones now. We're cyborgs, practically. They're parts of us," one woman suggested to CBS Denver's Kathy Walsh.

"It's almost like a hallucination," explained Randi Smith, Ph.D., a licensed clinical social worker and associate professor of psychology at Metropolitan State University of Denver. "There's a fear that we're going to miss a text, somebody is trying to reach us and we're not being responsive."

Smith says new media and incoming messages are exciting and rewarding. But for some, they can become a bit of an obsession.

"I think it's a little scary how dependent most of us have become on our devices," she said.

Smith said sometimes she suggests students go on a media "fast" and avoid using digital devices for a period of time.

Phantom vibration syndrome isn't really harmful -- in the study of college students, more than 90 percent said they considered phantom vibrations to be ''only a little'' or ''not at all'' bothersome.

But some believe it's a warning sign that too much technology may be hazardous to human interaction. Smith says our attachment to devices becomes a serious problem when it keeps us from engaging with other people in the here and now.

"The remarkable prevalence of phantom vibration syndrome appears to revealsomethingabout our contemporary technological situation," writes Georgia Tech assistant professor Robert Rosenberger, Ph.D., in a recent analysis published in the journal Computers in Human Behavior. Habits, anxiety, brain chemistry and other factors may all contribute, and he says more study is needed to fully understand what's going on when we sense phone vibrations that aren't really there.