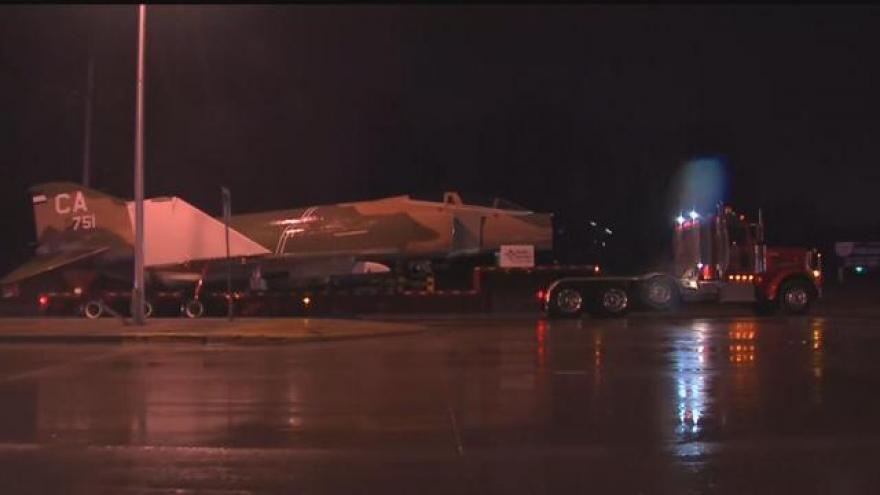 The jet of an American war hero and Milwaukee native is on the move on Tuesday and one step closer to its new home.

Captain Lance Sijan was captured during the Vietnam War and died in a prison camp when he was just 25 years old.

For years a Phantom F4C jet has stood in his memory at the entrance to the former 440th Airlift Wing at Mitchell International Airport.

The jet moved into storage last week and early this morning moved to a new location.

In a few weeks, the jet will be on display at the airport's main entrance.

A plane re-dedication ceremony is planned for Memorial Day.