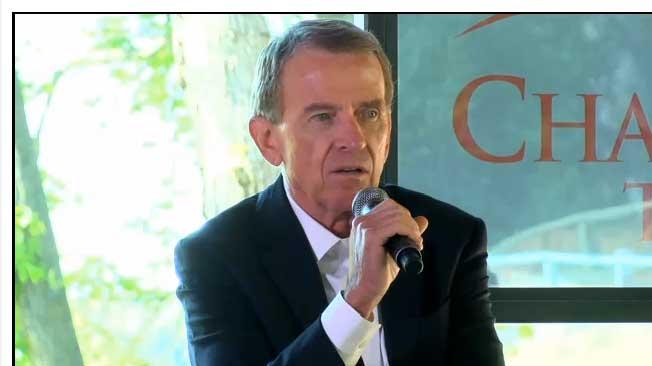 The PGA Tour announced a new event in Wisconsin for 2016 the American Family Insurance Championship to be played at University Ridge Golf Course in Madison, June 22-26.

“We are thrilled to partner with American Family Insurance and hometown hero Steve Stricker to bring this great event to Madison and the state of Wisconsin,” said PGA TOUR Commissioner Tim Finchem. “Wisconsin has always been a popular stop for our players as many of them experienced success in the state during their PGA TOUR careers. They are thrilled at the opportunity to play in Wisconsin on a yearly basis.”

American Family Insurance has signed a three-year agreement to be the tournament's title sponsor. Stricker will serve as tournament host in 2016 and then as player-host starting in 2017 when he becomes eligible for the Champions Tour upon turning 50 years of age.

\"Wisconsin and Michigan spend a lot of money on tourism generation and this a great way to go out about it. Any way you can get the word out to 110 million Americans that watch us on a variable basis,\" Finchem said.

An Edgerton native, Stricker is an American Family Insurance brand ambassador and co-chair of the Steve Stricker American Family Insurance Foundation, founded in 2013. In addition to his 12 career PGA TOUR titles, Stricker represented the United States on five Presidents Cup teams and three Ryder Cup teams and reached as high as second in the Official World Golf Ranking in 2010. The former University of Illinois All-American was also a five-time Wisconsin State Open champion between 1987 and 2000.

“Returning professional golf to my home state is a dream come true,” said Stricker. “When the PGA TOUR event ended in Milwaukee, it was a sad day – and I was absolutely committed to find a way to fill that void. I am proud and humbled to be part of the team to do that in 2016.”

“This will be a fantastic event, not only for players and golf enthusiasts, but for everyone who will benefit from its popularity and the positive economic impact it will bring to our local communities,” said Jack Salzwedel, American Family Insurance chairman and CEO. “Most importantly, proceeds raised will support the American Family Children's Hospital and other charitable organizations that make Madison – and Wisconsin – a great place to live and work.”

The PGA Tour had a significant presence in the Badger State with a long-running tournament in Milwaukee. The tournament, which started as the Greater Milwaukee Open in 1968 before being renamed the U.S. Bank Championship, ended in 2009 after a 42-year run. Many winners of that event are now regular Champions Tour competitors and will return to contest the American Family Insurance Championship.

Andy North, a two-time U.S. Open champion and winner of one Champions Tour title, is a prominent Champions Tour professional who resides in Madison. Other players on the Champions Tour horizon with local ties include Madison native Jerry Kelly, who turns 50 late next year, and Appleton native J.P. Hayes who turns 50 this coming August. Milwaukee's Skip Kendall has also competed in a handful of Champions Tour events since turning 50 last year with a best finish of T3 at the 2014 Nature Valley First Tee Open at Pebble Beach.

The University Ridge Golf Course, designed by Robert Trent Jones, Jr., opened for play in 1991 and is home to the University of Wisconsin men's and women's golf teams. The 7,259-yard, par-72 course features an open front nine and a more forested back nine. University Ridge has hosted the 1998 NCAA Division I Women's Championship as well as multiple Big Ten Conference Championships, and will host the 2015 Wisconsin State Open in August.

The American Family Insurance Championship will be broadcast on Golf Channel, the exclusive cable provider of the Champions Tour, reaching in excess of 205 countries and territories and more than 145 million households.