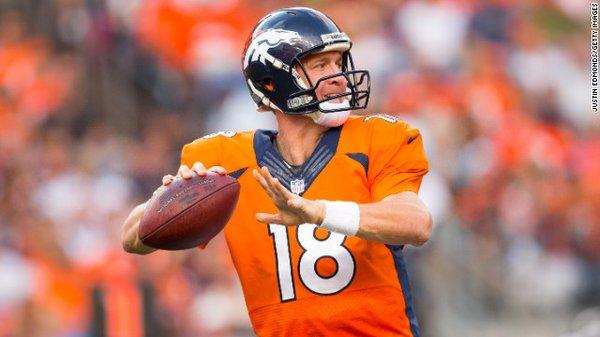 Broncos coach Gary Kubiak said he's only coached Peyton Manning for nine months "but I'll remember it for a lifetime."

He also told a story about how he had several private meetings with Manning after Week 9 as he came back from injury. The two worked together to make sure Manning's presence helped the team and didn't cause any disruptions.

"I know this is a tough day for him," Elway said.

Peyton Manning had quite a few big names at his retirement announcement.

There are former teammates such as John Lynch, Jeff Saturday and Brandon Stokley. Demaryius Thomas and Emmanuel Sanders are chatting with Manning's wife and children.