Performance artist eats banana duct-taped to wall that sold for $120,000 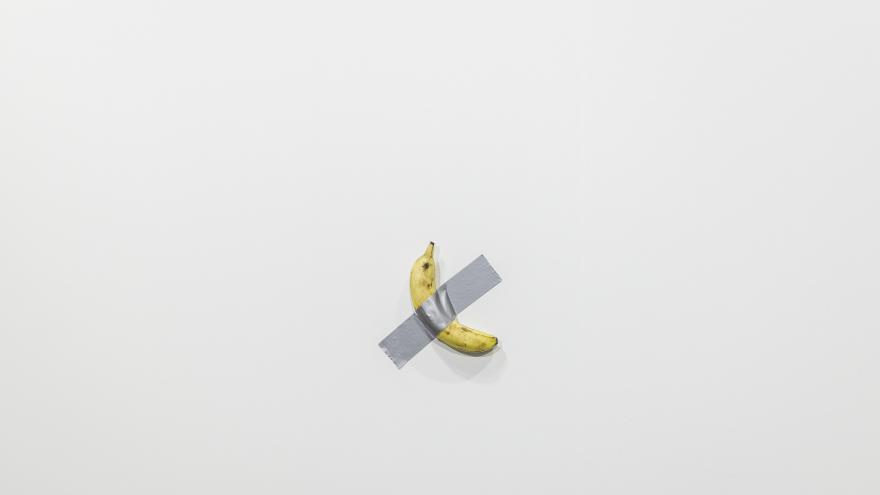 (CBSNEWS) -- A performance artist on Saturday ate a banana duct-taped to a wall  — the most talked-about artwork at Miami's Art Basel —  that sold earlier this week for $120,000. New York-based performance artist David Datuna ate the banana around 1:45 p.m. on Saturday in front of a convention full of art lovers, the gallery told the Miami Herald.

Perrotin Gallery spokesman Lucien Terras told the Herald that Datuna did not "destroy" the artwork because "the banana is the idea."

The controversial piece, called "The Comedian," was created by Maurizio Cattelan, an Italian artist who had also entertained art lovers from around the globe in 2017 with his "America" 18-carat-gold toilet. The $6-million throne was stolen from England's Blenheim Palace over the summer.

Emmanuel Perrotin, the gallery founder, told CBS News that Maurizio's work is not just about objects, but about how objects move through the world.