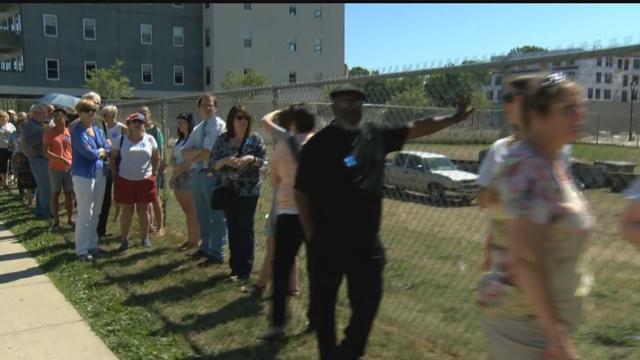 Donald Trump campaigns in Green Bay tonight and in just about an hour, Hillary Clinton's running mate Tim Kaine will appear at an event in Milwaukee.

CBS 58's Kristin Barbaresi has more from the lakefront brewery where supporters are already gathering.

People Waited in line hours before the event to see the vice presidential nominee.

People in line said they are looking forward to leaning more about the former VA Governor and current US senator.

Before taking the stage Sen. Kaine took a brewery tour .