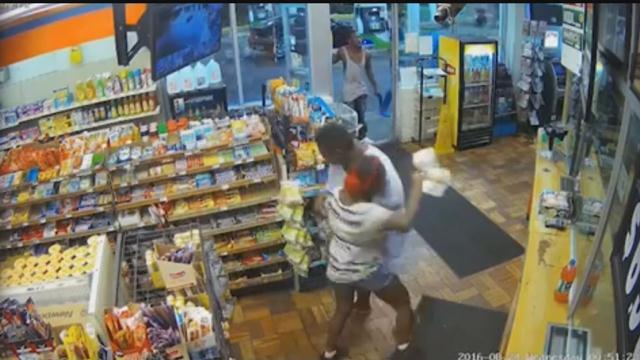 It was an unusual hold up and Milwaukee Police are asking for help to find the people responsible.

Surveillance video was released Thursday of the August 23rd incident.

It shows customers going in and out of the BP Gas Station convenience stre at 35th and McKinley suddenly taking items off the shelves and then dashing out the door.

Police say a man with a gun told them to take the items.

Later, investigators say a man stood in the doorway, pointed a gun at the clerk, while a woman stole more items.

Police are looking for the man who did not wear a mask and a woman who was wearing a shirt with horizontal strips.