People Prepare for First Snowfall of the Season 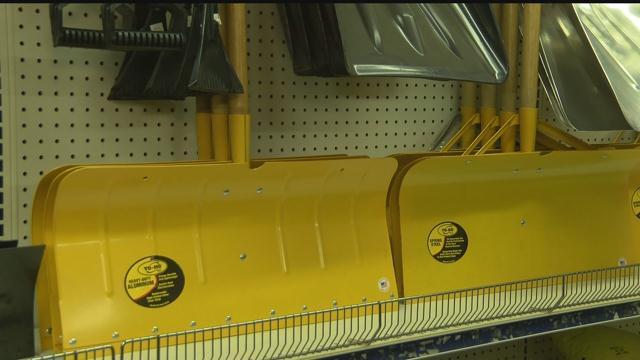 Hardware stores were the place to be Saturday afternoon, as people prepare for the first big snowfall of the season.

The streets were bare Saturday afternoon, but that didn't stop folks from coming to True Value hardware store to rack up on supplies for the season's first big snow.

Owner Dale Borneman has all of the snow gear right at the front of his store.

"Sometimes, especially right here, we'll get more than what they say. Our goal is that if you need it, we've got it," said Borneman.

While some people CBS 58 spoke with aren't really fans of the winter weather, Jeff Loss can't wait for the flakes to fall.

"We like to cross country ski and obviously you can't ski without snow, so we're very excited about whatever comes," said Loss.

Preps across counties get underway, from salting the streets, to having crews on standby in case some snow comes Saturday night.

They know, another bitter Wisconsin winter is only a matter of time.

"We've had some pretty mild weather so far, so we're all ready to go," said Borneman.

"One inch or ten inches, let it snow as far as I'm concerned," said Loss.