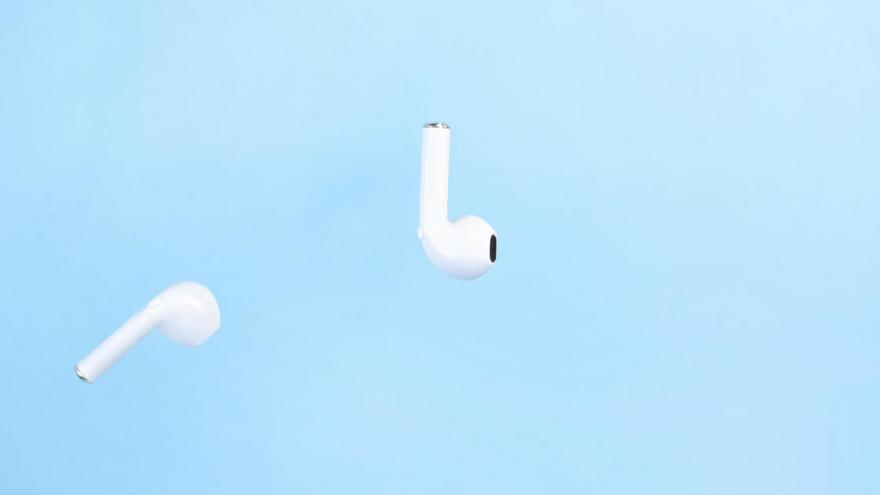 Sure, wireless ear buds are freeing — but with that freedom comes the propensity to lose them. Case in point: Hundreds of earphones, including Apple's sleek AirPods, have ended up in the New York City subway system's tracks over the past year, landing among the metal rails alongside thousands of other lost objects including cell phones, flip-flops and keys.

According to the Metropolitan Transit Authority, which oversees New York's subways, exactly 104 of the roughly 5,000 pieces of rescued personal property from July 2018 to July 2019 were Apple AirPods or their charging cases.

The actual number of salvaged AirPods could be even greater. MTA maintenance teams also logged 672 "ear bud" incidents and another 147 "headphone" incidents, some of which could have involved AirPods.

Luckily for Apple, its customers are deeply attached to their detached ear gear and are expected to spend $700 million or more this year just to replace lost AirPods and charging cases in 2019, according to one Wall Street analyst's estimate.

"It continues to be almost an epidemic, in terms of AirPod losses," said Wedbush securities analyst Dan Ives, who owns two pairs of AirPods.

He expects Apple to sell 62 million sets of AirPods this year, generating around $10 billion to $12 billion in sales, depending on how many customers purchase the basic model with two earbuds nestled inside a little plug-in charging case ($159) or a fancier wireless version of the charging case ($199). Replacement ear buds and cases represent about 5% to 7% of total AirPod sales, Ives estimates, or replacement sales of around $700 million, based on the mid-ranges of his numbers.

Apple does not break out sales for AirPods. Nor would the company disclose how many customers purchase replacements, either in pairs or individually. It's also unclear which pod is more likely to drop — left versus right.

All we know is the company charges $69 for a replacement AirPod or $138 for a pair. Charging cases can also be replaced for $59 for plug-ins and $79 for wireless versions. Apple does not offer an insurance policy for misplaced AirPods, either, a company spokesperson said.

The Wall Street Journal this week reported that the MTA is "weighing" a public service announcement encouraging riders to stop fiddling with their AirPods while boarding trains — a statement the transit authority claims was taken out of context.

An MTA spokesperson said the transit agency always urges customers to take care of their "personal electronic devices," including AirPods, but has no plans for AirPod-specific announcements.

"The bottom line is people drop headphones and phones — it's a perennial story. When the new iPhone came out, people were dropping that," Berman said. "Drops tend to coincide with product launches."

The wider social media realm is rife with complaints of AirPods popping out of their owners' ears. A search for "lost AirPod" on Twitter turns up a barrage of tweets, including:

"Feeling like I can't function because I've lost my left @Apple AirPod," a user named Panda Marie tweeted.
"U don't know stress until u lost a single airpod," reads a tweet from user Captain Ryce.
"Looking for a sugar daddy to buy me the left AirPod bc I lost mine on the bus today ;)," @sammy_beaver101 tweeted.
"Last night I had to purchase a right AirPod. It was like my left one lost its soulmate and remarried. I don't wish that on anyone," @_MannyFresh87 tweeted.

If you're going to lose them, lose them now. The Trump administration's new 15% tariff on Chinese imports that started September 1 includes Bluetooth-enabled earbuds and could soon bump up their price.