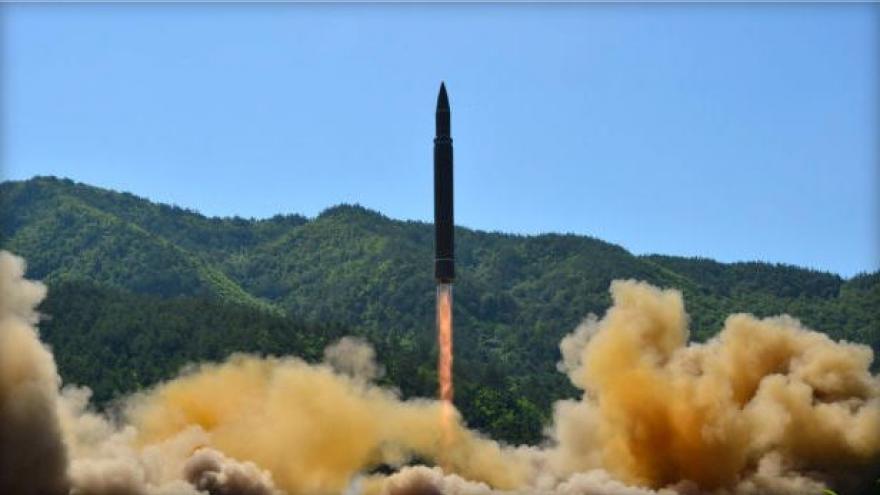 (CNN) North Korea has launched a missile that flew over Japan, the Pentagon confirmed Monday.

"The missile launched by North Korea flew over Japan," Pentagon spokesman US Army Col. Rob Manning said. "We are still in the process of assessing this launch."

South Korea's Joint Chiefs issued a statement that North Korea "fired an unidentified projectile" from an area near Sunan, Pyongyang, toward the sea east of the Korean Peninsula, that "flew over Japan."

The launch occurred at 5:57 am local time.

Manning said that NORAD determined the missile launch from North Korea did not pose a threat to North America.

"We are working closely with Pacific Command, Strategic Command, and NORAD and we will provide an update as soon as possible," Manning said.

A US official said US spy satellites had been observing preparations for a ballistic missile test that would most likely be an intermediate range missile that could reach Guam. The official says the assessment is ongoing.

This launch comes only days after Pyongyang fired three short-range ballistic missiles from the Kangwon province on Saturday.

CNN's K.J. Kwon and Yoko Wakatsuki contributed to this report.