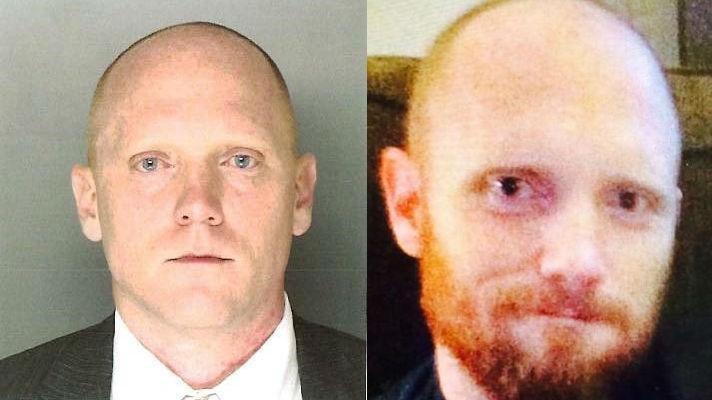 (CNN) -- Harleysville, Pennsylvania, has always felt like a safe town to Don Hoff. The owner of the local Ace Hardware store never imagined the Philadelphia suburb would be the focus of a national spotlight as it has this week, with police hunting for a former Marine reservist suspected of killing his ex-wife and five former in-laws.

Hoff said that he and his employees felt \"very unsettled\" and \"uncertain\" with the specter of a man who officials say is likely armed and dangerous somewhere out there.

The hardware store is a kind of gathering place for locals, he said, and there's been a lot of talk about the manhunt.

\"The conversation people have had...'Wow, I feel like the world has changed,'\" Hoff said, who added that he happened to go out shopping for a gun on Sunday, the day before the slayings and, now, that desire to own a firearm has only grown stronger.

He said he's pleased with how the police have helped check on the store at night, but he's doing what he can to help his staff stay safe. He plans to review with his employees where panic buttons are located in the store and the business' safety procedures.

One of his employees posted a photo of Stone in the store to make sure colleagues know what the alleged killer looks like.

'We will find Mr. Stone'

\"Every possible law enforcement tool\" is being used to find the fugitive, she said.

Representatives of local, state and federal agencies including the FBI, the U.S. Marshals Service and ATF stood behind her as she spoke at a news conference.

Ferman said that while Stone's alleged victims had personal connections to him, everyone in the area should be cautious. If a person sees something suspicious, report it, she urged.

\"Don't try to stop him,\" she said. \"I don't want our community to be alarmed but ...in a situation like this where someone is on the run, there could certainly be a risk to others.\"

The Upper Perkiomen School District called off classes Tuesday. An announcement on the district's website said decisions about reopening schools will be made on a daily basis.

A person with a knife demanded the man's car keys, but ran after they struggled. The dog owner had a gun and fired multiple shots at the suspect, who was last seen running from the area, police said.

Authorities with K-9 units rushed to the scene, and ordered residents to stay inside their homes.

\"Please continue to be vigilant. Get some sleep,\" the Doylestown Fire Company posted on Twitter, announcing the end of the fruitless search that lasted about an hour.

The killings broke the calm in several small towns in Montgomery County, the second wealthiest county in Pennsylvania and the 51st wealthiest in the United States, according to the county government web page.

Early Monday morning, a hangup call to 911 first tipped off police to the bloodshed, directing them to Lansdale, 28 miles northwest of Philadelphia.

\"They didn't have any coats on or anything,\" the neighbor added. \"They just had their pajamas on, and he just said, 'We gotta go.' He was like, 'She's hurt. She's hurt pretty bad. We have to leave.' And just got in the car and sped off.\"

In addition to Nicole Stone, her mother, grandmother and sister were also found dead, as well as the sister's husband and 14-year-old daughter, Ferman said.

The sister's 17-year-old son was wounded and was being treated at a Philadelphia hospital.

Ferman said Tuesday that the teen is in serious condition.

But Stone didn't harm his two daughters, who were living with his ex-wife. At about 5:30 a.m., he brought them to a neighbor's residence in Pennsburg, according to Ferman.

\"That was the last time he was seen by anyone,\" the attorney said. \"I think it's of great significance the children are safe right now.\"

Ferman didn't speculate on what could have allegedly motivated Stone.

According to Montgomery County court documents found online, the Stones divorced in 2009.

Stone served as a reservist in the U.S. Marines until 2011, mainly as a meteorologist, according to the Marines. He spent a few months in Iraq in 2008.

William Schafte of Harleysville, who described himself as a friend, called Stone a \"good guy\" who helped people who needed money or a hand, according to the Morning Call newspaper of Allentown, Pennsylvania.

Stone served as president of the American Legion William E. Hare Post 206 in Lansdale about a decade ago, said the current post commander John Gillmer, the Morning Call reported.

\"He was always on the honor guard and stuff like that for parades,\" Gillmer told the Morning Call. \"I was shocked, I couldn't believe it. ... I never would have thought it was one of our guys.\"