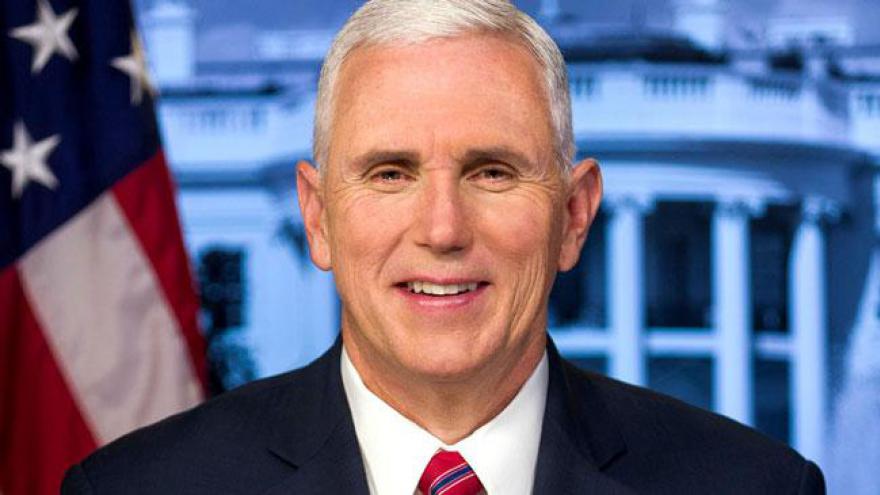 (CNN) -- Vice President Mike Pence used a personal email to conduct state business while he was governor of Indiana that was hacked in a phishing scam.

The emails, obtained by the Indianapolis Star through a public records request, show Pence contacted his chief of staff and homeland security adviser about his efforts to block the resettlement of Syrian refugees in Indiana and the state's response to a shooting at Canada's national parliament building.

On January 8, 2016, Pence's homeland security adviser wrote to the then governor, "I just received an update from the FBI regarding the individuals arrested for support of ISIS." The subject of the email was "Arrests of Refugees."

For months on the campaign trail, Pence accused Democratic presidential nominee Hillary Clinton of being dishonest and threatening US national security because she used an unsecured private email server while she was secretary of state. A few days before the general election, on November 2, Pence said at a rally in Colorado that the "FBI has reopened the investigation in to HRC's private email server. It's a serious matter. Now we commend the FBI in this case for following the facts because in America, no one is above the law."

Pence's email was compromised last spring, according to a Pence official, and emails were sent from his account saying that he was robbed on an overseas trip and he needed money. After the scam was discovered, he set up an entirely new private email account, the official told CNN.

A Pence official would not comment or characterize what is in the AOL emails that have not been released. Pence spokesman Marc Lotter told CNN in a statement: "Similar to previous governors, during his time as governor of Indiana, Mike Pence maintained a state email account and a personal email."

Clinton's use of private email was the subject of a federal investigation that determined she had exchanged classified information on a server based out of her New York home. The FBI determined Clinton's actions were not worth prosecuting, but FBI Director James Comey last summer berated her actions.

It was not immediately clear if Pence handled classified information on his server, although, as a governor, he would be less likely to do so compared to Clinton, who was secretary of state at the time.

CNN submitted a public records request to the Indiana governor's office in September for emails between Pence using his personal AOL email and his top staff. Pence's office never responded to follow-up requests from CNN.

Pence used his personal AOL account to discuss state work periodically from the start of his administration in 2013.

Pence recently hired an outside lawyer to review his emails and submit them to the state, which could then be released or withheld at Holcomb's discretion.

The Indiana Democratic Party released a statement on Thursday calling for "full disclosure" on Pence's use of private emails. "It seems Governor Holcomb has chosen to withhold a portion of the public work product Pence sent on private servers, and Indiana Democrats want to know why."