Paul Ryan to Appear on 60 Minutes 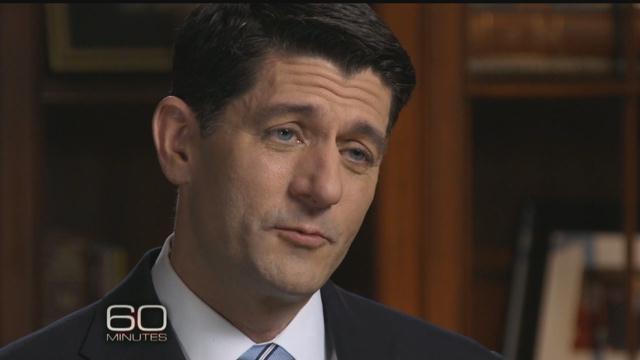 (CBSNews) House Speaker Paul Ryan discussed Donald Trump and his incoming administration’s immigration plans in an interview with “60 Minutes” airing Sunday evening, giving more details about what the Republican party plans to do to secure the border.

The Wisconsin Republican emphasized that those with criminal records would be the focus of enforcement resources.

When Pelley noted that Mr. Trump has promised to build a wall along the U.S.-Mexico border, Ryan replied that “conditions on the ground determine what you need in a particular area.”

During Mr. Trump’s first televised post-election interview on “60 Minutes,” the president-elect also seemed to scale back his plans for building a border wall, saying a fence would also be acceptable across some parts of the border.

“You know, they are talking about a fence in the Republican Congress,” CBS’ Lesley Stahl told Mr. Trump shortly he claimed victory in the general election. “Would you accept a fence?

“For certain areas I would,” he responded. “But certain areas, a wall is more appropriate. I’m very good at this, it’s called construction.”

“There could be some fencing,” Mr. Trump said.