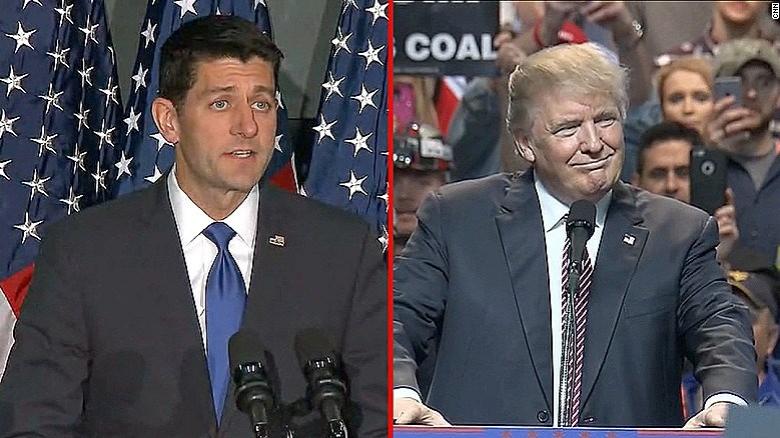 (CNN)House Speaker Paul Ryan told fellow Republicans Monday he will no longer defend GOP nominee Donald Trump and will instead use the next 29 days to focus on preserving his party's hold on Congress.

"The speaker is going to spend the next month focused entirely on protecting our congressional majorities," Ryan's spokeswoman, AshLee Strong, said in a statement.
In a conference call with members Monday morning, Ryan told members "you all need to do what's best for you and your district," according to someone who listened to the meeting.
Ryan did not say Monday whether he was reversing his endorsement of Trump.
Share this article: