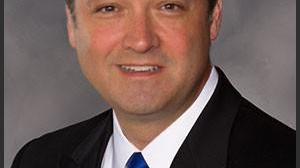 Paul is a Milwaukee native who has been with CBS 58 since the station's launch in 1996. He currently anchors the weekend newscasts on CBS 58 and WMLW with Sachelle Saunders.

Over the years, Paul has been honored by the Associated Press, Wisconsin Broadcasters Association and the Milwaukee Press Club for his reporting, and is a two-time Emmy nominee (2005 & 2011) for his work on the anchor desk.