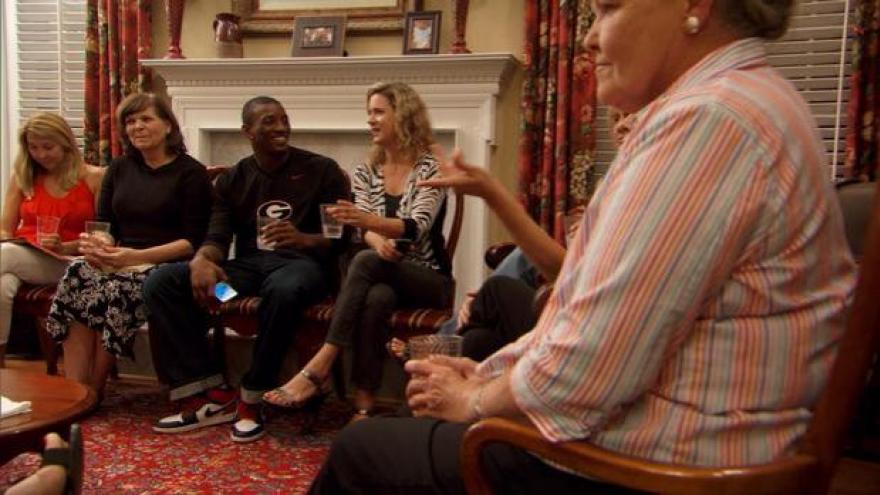 Fortunately, this year there was a rookie for New England with something novel to talk about: novels, like “Gone Girl.”

“What about her false diary, how does the author use that in the narrative?” I asked.

“Well, the diary is almost a different character in the book,” Malcolm Mitchell said.

I first met this voracious reader, wide receiver three years ago. Malcolm was in college then, playing for Georgia, when one day he ran into a woman at Barnes and Noble. She didn’t know he was a famous football player and invited him to join her book club, which he did.

And that’s how one of the top wide receivers in the country began meeting monthly with his book club lady friends.

He was the only man and the youngest by a generation. But Malcolm didn’t care -- didn’t care what anyone thought.

“Somebody called me a nerd. It’s not a word that I’m used to hearing, “ Malcolm said. “I was proud of it ... It’s like a badge of honor to me, knowing where I came from.”

Malcolm confessed that when he started college he could only read at about a junior high level. And it bothered him. So he started putting as much effort into his reading game as his football game.

Every free moment he had a book in his hand. Until eventually, he was reading them by the dozens.

And that’s why, no matter what he does on Sunday, Malcolm says football will never be his proudest accomplishment.

“That came natural. That’s a gift. I had to work to read,” he said

Which brings us to the latest chapter in his life story: Now the reader is a writer, too.

“So I wrote the book that you have in your hands today, ‘The Magician’s Hat,’” he told a group of school kids.

“The Magician’s Hat” is a children’s book about the magic of reading. He has also started a kid’s literacy foundation. All of which leads me to the same conclusion I had after my first meeting with Malcolm: If we could all just follow his example, the world would be in a perfectly good place.

“You don’t know how much that means to me man,” Malcolm said.

To contact On the Road, or to send us a story idea, email us: [email protected]