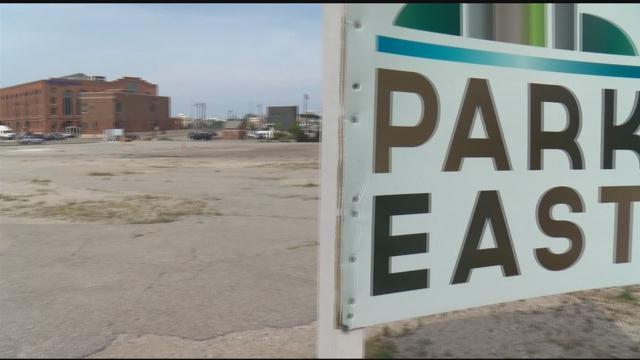 The Milwaukee Bucks and the City of Milwaukee are one step closer to building a new arena.

Milwaukee County sealed its part of the deal in building a new Bucks arena by selling the Park East land adjacent to the BMO Harris Bradley Center. That area will be the new home of the Bucks organization if all goes as planned.

However, County Executive Chris Abele sold Park East for only one dollar and some people are questioning that decision.

\"I'm sure there are some people who say maybe we should have waited another couple of years,” Abele said. “I'm one of the people who's excited that we are going to create 3,600 jobs starting now.\"

Keisha Krumm is one of the people questioning Abele’s decision.

Krumm is with the local non-profit group Common Ground. The organization opposes any and all public financing for a new Bucks Arena.

Krumm says she believes a better deal could have been negotiated for the Park East land.

\"You're talking about billionaires that got the land for a dollar,” Krumm said. “It wouldn't have hurt to get paid 10 million or 8 million dollars for that land.\"

Other county leaders, including Board Supervisor Michael Mayo, ask if Abele made the right call.

Mayo sent a statement to CBS 58 saying in part:

\"I'm looking for the best deal for taxpayers, and I'm not sure selling this valuable piece of land for $1 is in their best interests.\"

Bucks President, Peter Feigin says the new development will be more than a state of the art NBA arena.

Going forward, Abele says he will work to make sure the Bucks honor their part of the deal in hiring residents.

At least twenty percent of the employees have to live in Milwaukee.

The last part is for the City of Milwaukee to approve it financial contributions.